Last year Wende released her latest album ‘Last Resistance’ and after coming to Vera with The Naked Sessions, visiting De Oosterpoort with The Berlin Sessions on may 3rd Wende came to Groningen again with The Theater Sessions visiting the Stadsschouwburg.

END_OF_DOCUMENT_TOKEN_TO_BE_REPLACED

In April, shortly before the release of her new album Last Resistance, Wende came to Groningen to start a short clubtour called The Naked Sessions. A minimalistic show in Vera mixing Wende’s songwriting and voice with electronica and beats from the Trance scene and it was fantastic. Sold out venue and the combination of Wende and Vera worked! But now Wende is the second string of concerts, bigger this time: the Berlin sessions and she’s in the Oosterpoort venue for that gig.

END_OF_DOCUMENT_TOKEN_TO_BE_REPLACED

Last week Dame Flux: the artist formerly known as Flux (and Irene Wiersma if you really get to know her) together with musical partner Corneel Canters presented her latest album and where else then Vera to have the album-release? The crowd was fittingly welcomed with champagne as the album is called… ‘ Champagne’.

END_OF_DOCUMENT_TOKEN_TO_BE_REPLACED

Wende perfored in Vera last week as part of her clubtour for the upcoming album The Last Resistance. It has been a while since I last saw Wende as she has taken some time for the new album. Written in Berlin coupled with strongly posed portraits in black&white I couldn’t help but think of “Heroes” album of David Bowie, from David’s Berlin period. For the current clubtour Wende is accompanied not by a whole band, nor an orchestra but a very tight unit of only two men on guitar, bass and electronica.

END_OF_DOCUMENT_TOKEN_TO_BE_REPLACED

Even though I’ve had a very busy week what with two festivals and the Wolfmother gig fresh in my mind, I really did want to go and see the Asteroids Galaxy Tour. I’ve missed them on several occasions and from what I read it really should be a great live band. So on Thursday I headed to Vera to check them out.

END_OF_DOCUMENT_TOKEN_TO_BE_REPLACED

I first saw Pien Feith at the opening evening of Eurosonic this year, in café Warhol. I already knew her from Neonbelle and The Very Sexuals, but she was about to release the album ‘Dance On Time’ under her own name. Light was difficult in Warhol so I was very pleased to see her return to Groningen as opening act to the English electro-pop duo Hurts.

END_OF_DOCUMENT_TOKEN_TO_BE_REPLACED

Promoting their new album Grey Oceans the sisters Casady, better known as Cocorosie, played to a nicely filled small venue hall in De Oosterpoort. Opening for them was New Yorkbased Post punk / Club outfit Light Asylum. Nice sound, but the light wasn’t very good (however I would soon find out it could be a lot worse)

After the opening act the stage was cleared for the Casady sisters and other bandmembers. They had a pianist/keyboard player with them, a percussionist and a human beatbox. The sound was awesome and the vocals of Sierra and Bianca were amazing, absolutely fantastic. However they ought to have invested a little more into lights as I also quite like to see what I’m listening to and the light was utterly hopeless. So there are hardly any photos to show. I’d love to see Cocorosie again sometime, but I really do hope to actually see them then

For Noorderslag electro-pop-rock-jazz-balkanbeats band C-Mon & Kypsky had a very special show in mind. Not only were they backed by the internationally acclaimed Metropole Orchestra (conducted by Jules Buckley), but they also hauled in lot of special guests. The show defies genres as rock, rap, jazz, soul and every other thinkable genre had it’s moment in the spotlight. A terrific show. I was not able to get all the guests and it pains me to say that I was also not able to get to a location where I was able to shoot the whole stage (it was way to crowded). Special guests that I did manage to shoot were: Jiggy Djé, Giovanca, Janne Schra (singer of Room Eleven), Anneke van Giersbergen (singer of Agua de Annique) and Benjaming Herman of New Cool Collective together with the ‘night-mayor of Rotterdam’ Jules Deelder. A fantastic gig with lots of greats musicians

Our second night of Eurosonic started at Huize Maas. Rather late as diner at a Mexican restaurant took ages, so we had to dig our way to the edge of the stage. Strange enough it’s usually crowded at the back in a venue and quite a bit of room in the front. I was very happy to find out this was also the case with Pony Pony Run Run from France. A fantastic combination of rock and dance that ended in something that resembled house. In incredible way to start the evening. 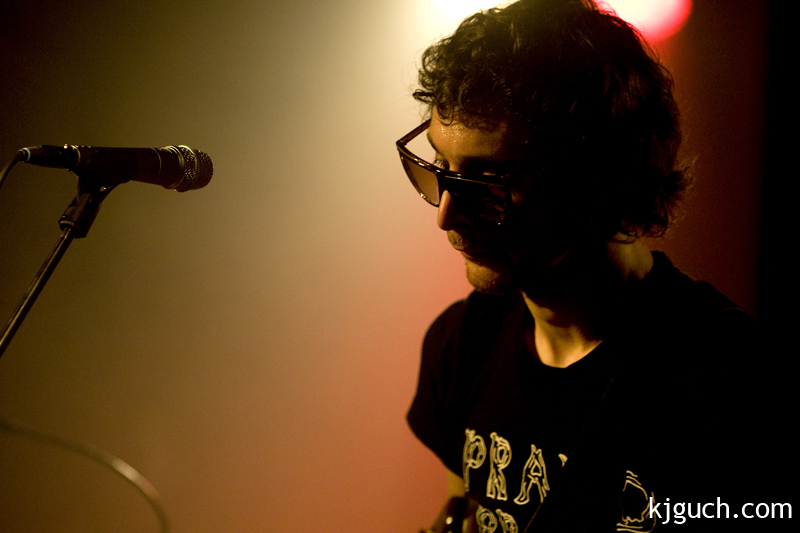 On the other side of Huize Maas Donkeyboy from Norway started as the sound of Pony Pony Run Run still vibrated in my head. It’s probably because of this that I can’t really remember that much of Donkeyboy. 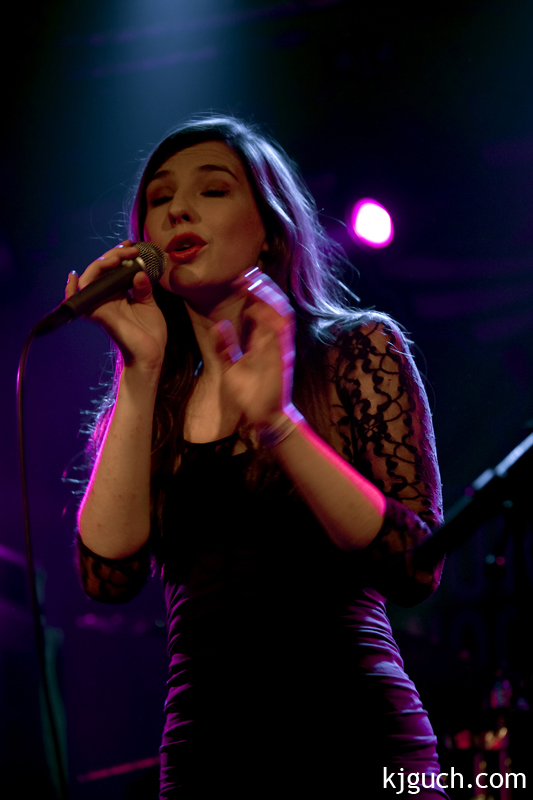 A stern walk through Groningen brought us to a packed Simplon where the seven members Los Campesinos! from England filled out the entire stage. A great band and lots of energy on stage and in the crowd. This was fun. 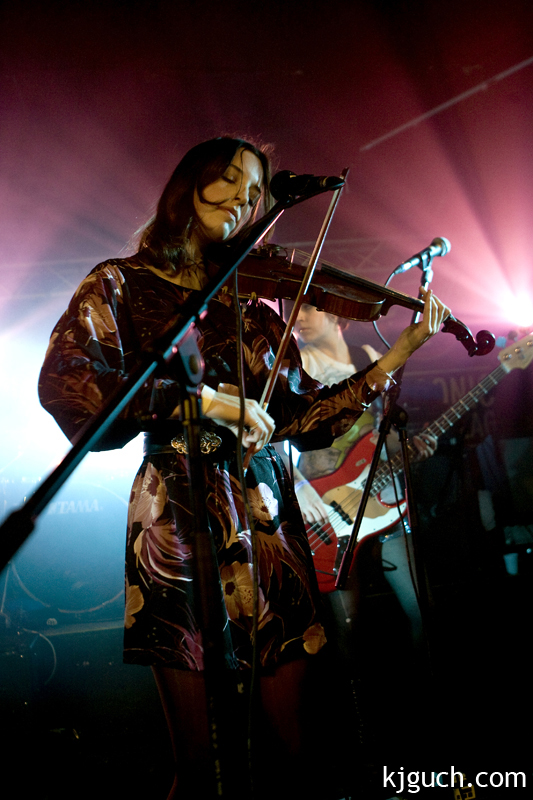