Last Sunday the annual festival Platoplanet -by recordstore Plato- was held at the Oosterpoort venue again. As I was enjoying what might be one of the last very sunny Sunday afternoons of the year on my roadbike, I was not able to attend the whole festival, but the music-addict in me could not let the whole event pass me by so after a shower and a good meal I grabbed my gear and drove my Alfa GT to the Oosterpoort.

END_OF_DOCUMENT_TOKEN_TO_BE_REPLACED

Welcome to the Village is a ‘new generation’ festival organized in Leeuwarden. Not so much focussing on a huge main act, but on a good strong concept: a festival-area that was set-up like… well, like a village. A square where you can grab a bite to eat (local -organic, ecological- products) or get a massage and a little out of the way a tent where Groningen’s Vera was pressing shirts and bags in Welcome to the Village style. Around this and some other attractions were 5 stages. Two for the bigger acts and 3 for various other interesting acts. All acts fitting to some extent under an alternative/indie moniker. And if it got too hot you could always sit on a beach of take a dive in the lake. An easy going festival with an easy going hip young crownd: Welcome to the Village!

END_OF_DOCUMENT_TOKEN_TO_BE_REPLACED

Leaving the Zwolle based band The Horse Company in Hedon playing to an enthusiastic crowd in this already very interesting new festival, I went back to Theater Young Ones. Finding shortcuts as I went I was sure not to get lost anymore this night. END_OF_DOCUMENT_TOKEN_TO_BE_REPLACED

On April 14 2011 I had my official 10 year anniversary in concert photography and I wanted to mark that occasion with a book of photos over that period. However I got completely stuck in ideas about layout. As 2011 was about to end, I picked up the original idea again and got back to thinning the selection of photos for the book.

END_OF_DOCUMENT_TOKEN_TO_BE_REPLACED

Tim Knol is touring his second album and plans to take a break for a while, so I was glad he stopped by in Groningen on this tour. And he currently has Assen based Tangarine opening for him this tour and finally getting these guys from my home town before my camera was an opportunity not to be missed.

END_OF_DOCUMENT_TOKEN_TO_BE_REPLACED

Back to the 3voor12 room for two of my favorite Dutch bands. In the afternoon I had already seen a short set of Bettie Serveert and I felt extremely happy when I was able to get myself a half-decent spot in the 3voor12 room to see them again. However, this time I was pressed for time, so I didn’t stay very long, but with the two sets combined I did get to see the band quite a bit

I was actually way on time for the Anne Soldaat gig and stood fairly in front of the queue waiting for the doors to open. Anne Soldaat’s album ‘In Another Life’ make it to 2nd place in my 2009 album list (only to be beaten by Vic Chesnutt) and his concert in Vera last year was one of the highlights of the gig-season. Now again it was great to see a few songs of Anne. In the afternoon I saw him play solo at PlatoSonic, here at Noorderslag he played with band

On Saturday, before Noorderslag started, we first visited the last PlatoSonic day. First into the Coffee Company to see Anne Soldaat finishing his set. A while ago I saw him in Vera with band. Great to see that the songs hold up so well when he plays them solo acoustically 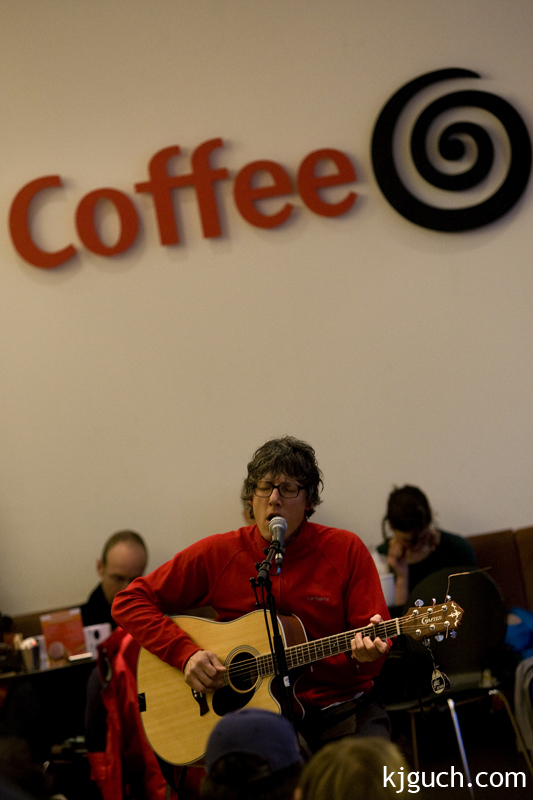 As Anne’s set finished and he started the interview part of the show, I made my way into a very crowded Plato store where one of my all-time favorite Dutch bands was about to play. Bettie Serveert is back and is rocking again. Even in this very short in-store set (due to delay and a tight agenda). It was fantastic to see Bettie Serveert again. If I wouldn’t be able to see them at Noorderslag this night at least I’d seen them in Plato 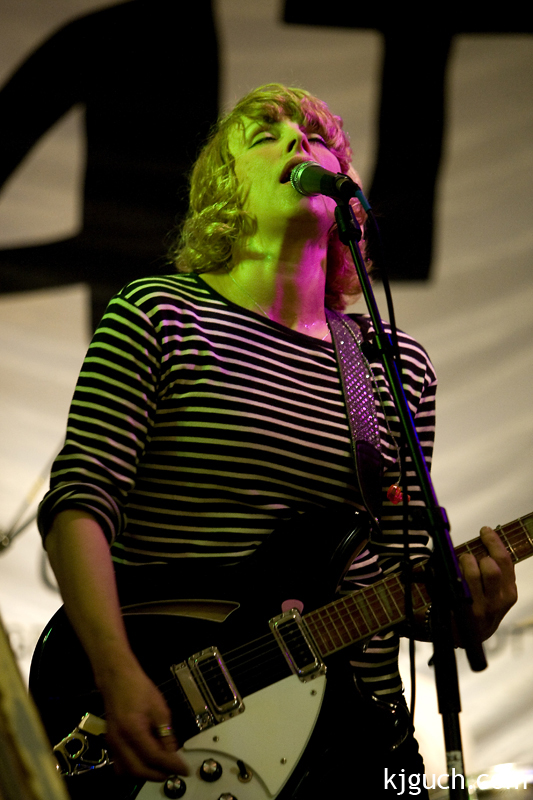 I did not go back to the Coffee Company to whatever was playing there as Plato remained crowded and I wanted a good place to shoot the next band that would play there. DeWolff made it high into my albumlist of 2009. A bunch of young guys from the Netherlands playing psychedelic rock form the seventies. It was a good set, but to add a drum-solo in the first song of an already short in-store gig was a bit too much 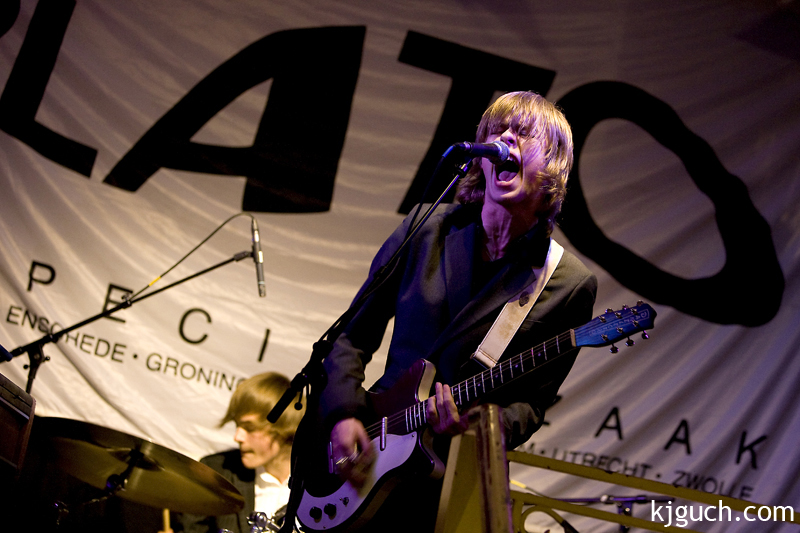 After DeWolff I was able to get back to the Coffee Company where Charlene was about to start. Charlene came in third in the fourst edition of the Dutch Idols series. She’s a nice girl blessed with a good voice. The genre however isn’t really my thing 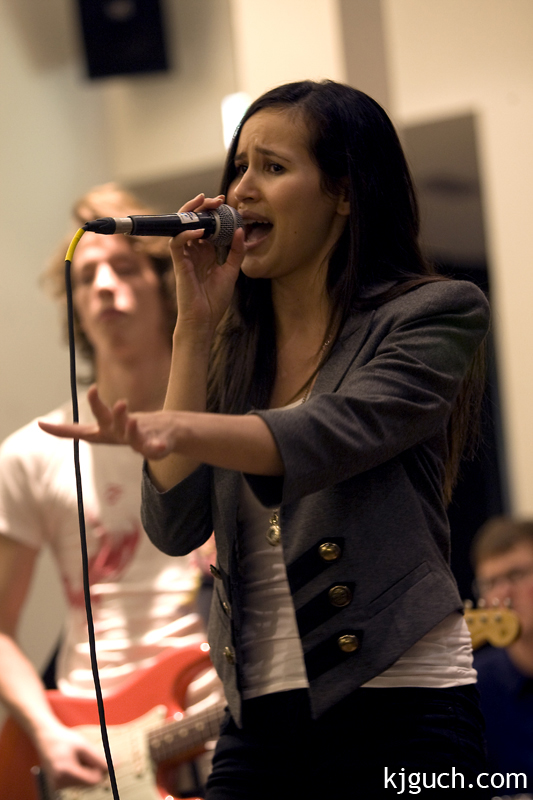 And now that was all done, the only thing that remained for Eurosonic/Noorderslag 2010 was Noorderslag!