Yesterday the new year in Concert photography started with Swinder in Groningen. Amidst the storm Ciara that was getting stronger and stronger we enjoyed the soothing calming and comforting dialect songs from this Groninger band. 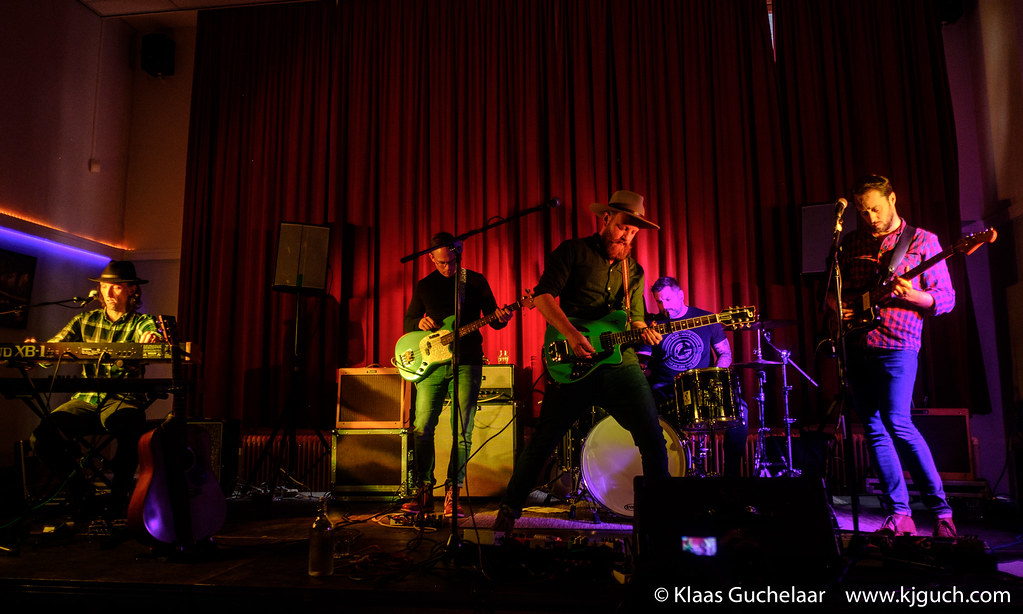 Since we saw New Cool Collective at the end of last year it’s been quiet. I couldn’t make it to any of the Eurosonic/Noorderslag gigs or any of the other concerts in Januari and so I was really happy to start the new concert season again last weekend.

It’s the first time I saw Swinder, however guitarist Gijs van Veldhuizen I know from the band Audiotransparent and from a houseconcert he and Chris van der Ploeg (now performing as “I took your name“) once did at my house.

The band sings in the dialect of Groningen (there are about 7 or 8 dialects in the province of Groningen and I’m not much of an expert in that). With my earplugs in it’s really hard to follow anything of it and also (not being from Groningen and not at all speaking the dialect myself) it’s also a little bit of a struggle to follow it without the plugs in, but that doesn’t mean I can’t enjoy it.

The vocals are good, sometimes cheerful and at time melancholic. The band plays fantastic and although I like a great solo at the right time, it’s really nice to have a band where it’s simply about making great music together. We temporarily completely forget the raging storm outside and then all of a sudden the concert’s over. Two great sets with lovely songs.

I’ll go practice Gronings for a bit so I’ll exactly know what they’re singing about next time ;) At least the songs Noar Stad and Twijde Hans were pretty obvious and are great examples of the band’s songs.

Many many thanks to the band and to Live op Zondag for a terrific Sunday afternoon! There’s one more to go for this second series: Leif de Leeuw Band on March 8! That’s gonna be fantastic too.