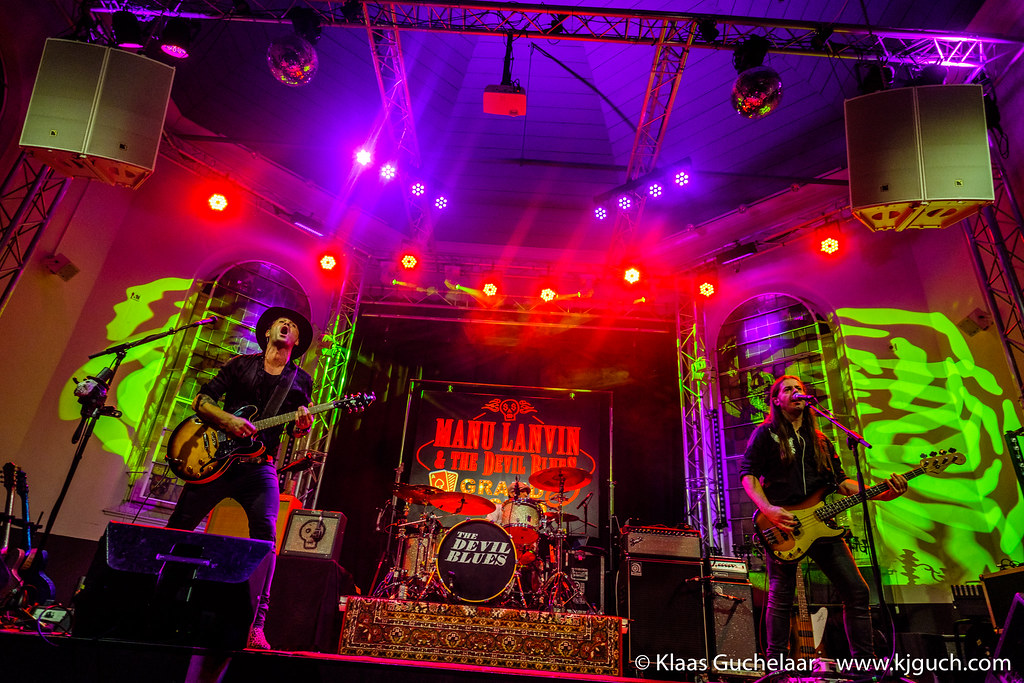 Manu Lanvin is a self taught bluesman from France. Through his parents he got in contact with musicians at an early age, learned te play guitar and recorded several albums when he got in contact with the American Calvin Russell. Later at Montreux Jazz Festival he was invited to the Jazz Foundation of America by Quincy Jones.

Manu shared the stage with bluesmen like Buddy Guy and Johnny Gallagher so it’s safe to say that he’s been around and made his marks in the blues world!

In 2019 he released his latest album Grand Casino including collaborations with Taj Mahal, Poppa Chubby, Beverly Jo Scott and Paul Personne. And the tour for the release of that album now brought him and band to Vanslag!

The concert is amazing. Manu’s voice is gritty and full of blues. And accompanied by blazing guitar. And he doesn’t do it all on stage, Manu is taking every opportunity he can to mingle with the audience, playing in the middel of the venue and quite literally face to face with the audience. It makes the experience all the better. 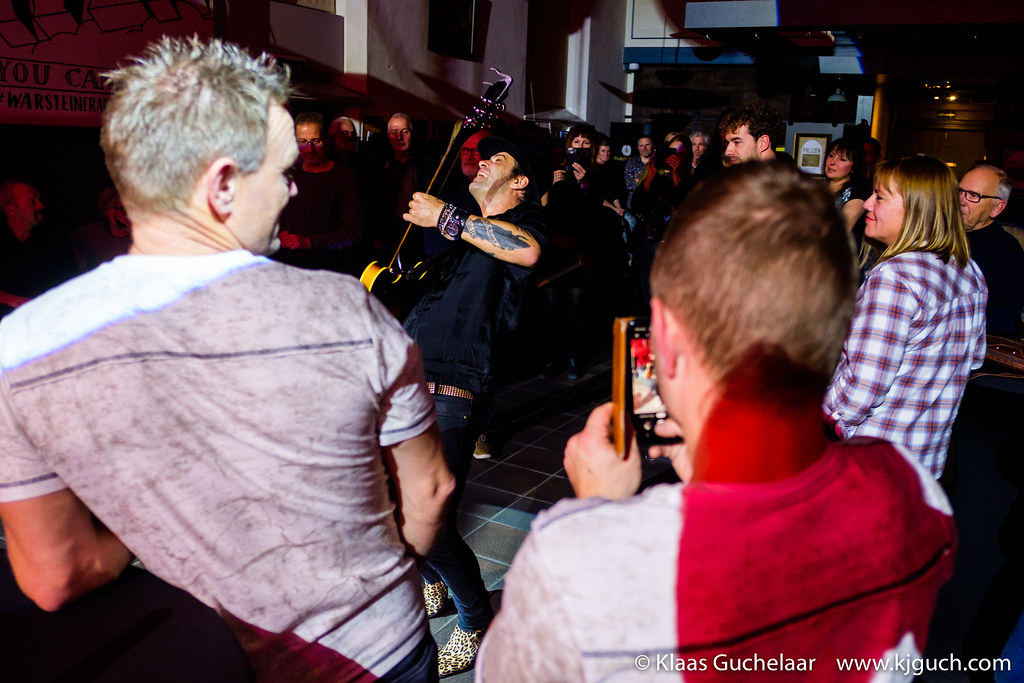 There are two sets, but basically it’s one long set with a second part as an extended encore. And it’s all goed. Swinging, raw, pure powerful blues that just makes you wanna get up and dance! Fantastic evening!