As a last promotional part of the Take Root festival that was held on Saturday, several artists did instore gigs in Groningen and Assen. We saw Andrew Adkins in the Vanderveen store in Assen 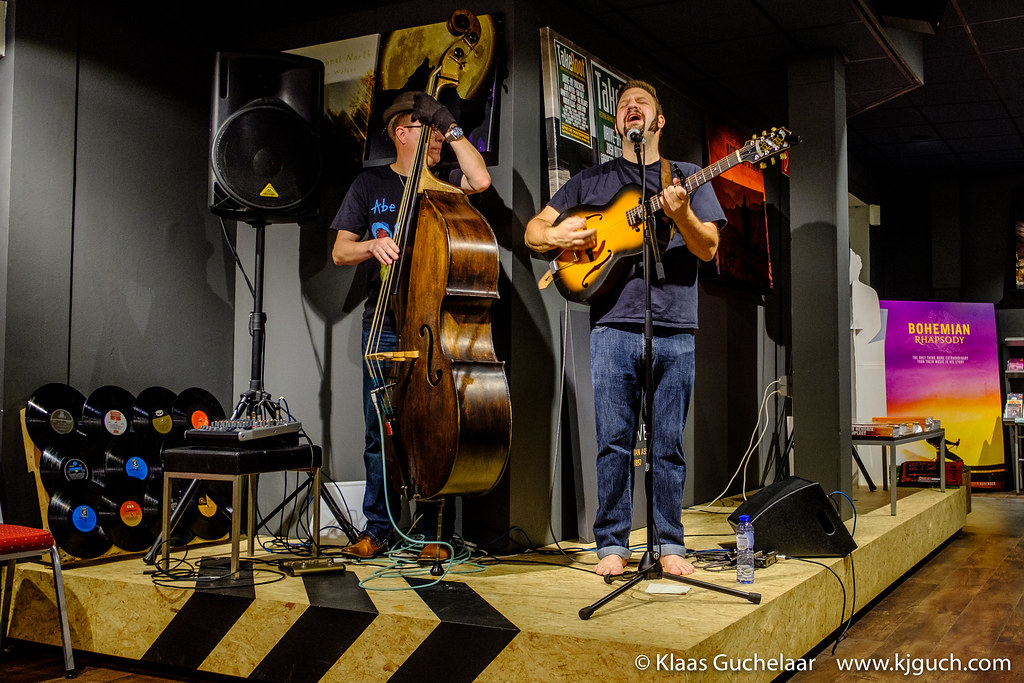 The store held three instore concerts that afternoon, but unfortunately we missed Abe Partridge and James Steinle, but we were in time for the Andrew Adkins set.

Andrew played se set of songs with him on a gorgeous acoustic guitar and accompanied by an up-right bass. In this small setting the duo sounded great and a full concert would be interesting I think as Andrew has a good voice and a great way of introducing the songs.

One song was about the river near where he grew up. His grandma told him never to go deep in the river. When he asked why, she told him  upstream was where the baptizing was to wash away the sings. The river moved to slow for all the sings to pass by and they’d stick to you. Makes for a good argument :)

The stage at Vanderveen music store is is a nice little location and they’ve held a lot of instore concerts lately. I unfortunately haven’t been able to see a lot of them, but this was a short but very nice set!