The concert season is full steam again with many concerts being held. A true sign of the end of the summer(festival) and the start of a new season. In Autumn the leaves are turning yellow and red and for some reason that feels a really good match to Americana music, maybe it’s the time of year. The Dustbowl Revival  at least played every possible color of the musical palette and then some more. 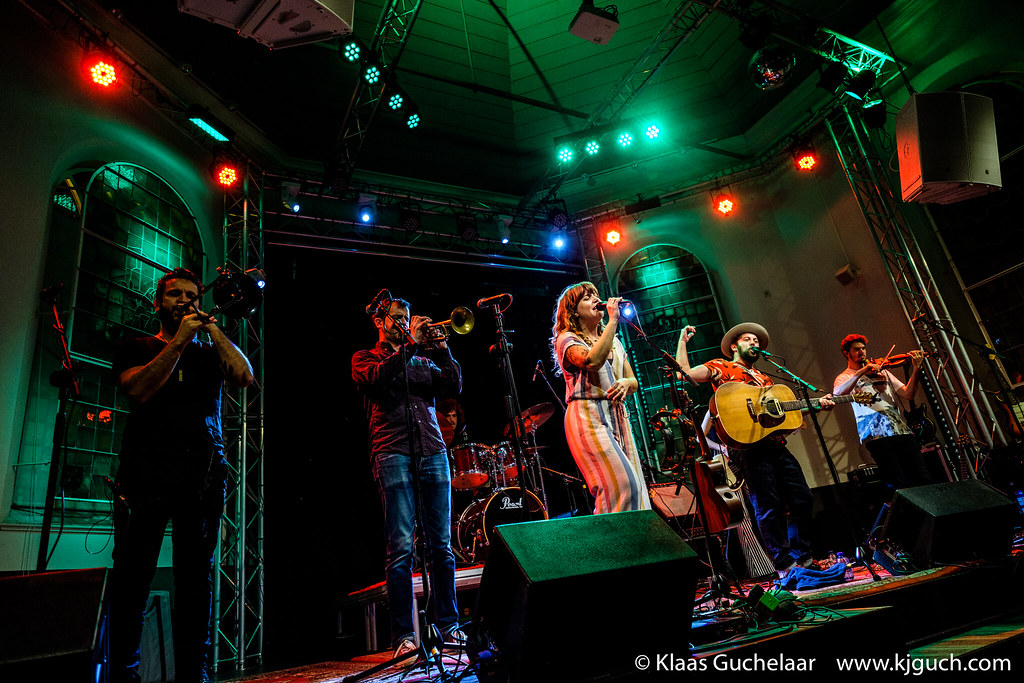 Vanslag had a full weekend with Rod Picott on Friday and today Bonnie Bishop. Those we sadly couldn’t make, but on Thursday evening the Dustbowl Revival played and that one we did see and it was fantastic!

The band is from LA California and had no less than seven people on stage. With two brass players and a violin player who tuned his violin to an organ when needed -thanks to the wonderful world of electronica- the band truly could play every style you could think of.

They did play a few covers, including gorgeous cover of Fleedwood Mac’s Dreams, a rendition of John the Revelator and one or to others. All lovely versions that they fully made their own with a broad range of instrumentation. That they all could sing and sing well was noticeable in the encore The Weight, a cover of course by The Band. Also the Brass section, who hadn’t had that much to sing, hat their turn and the trombonist sounded fantastic! 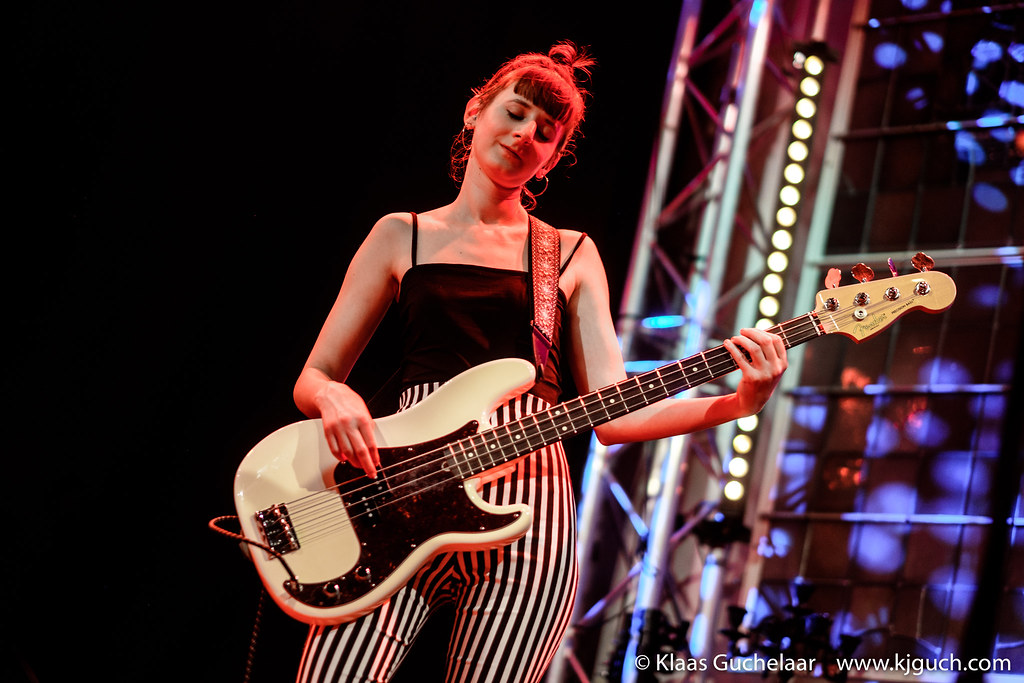 Of course the main songs were their own of their album (we bought the self titled album after the gig) and they truly are an Americana band with folk, New Orleans style jazz, a bit of soul, some American rock and bucketloads of swing. 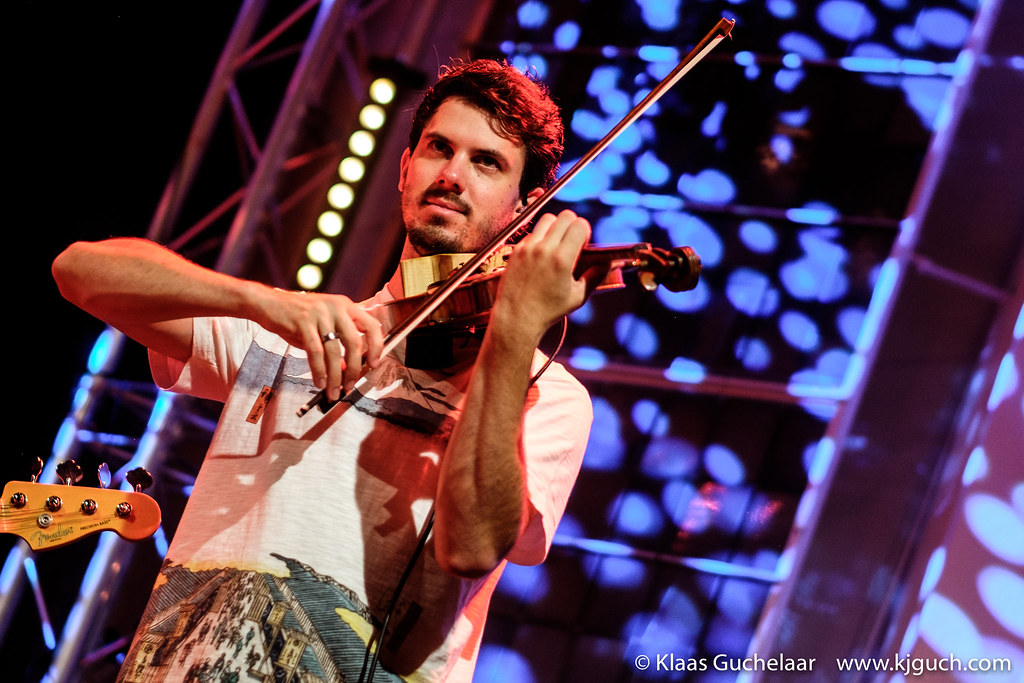 Great musicians, terrific vocals, a bit of fun and overall just a very very good band. We had a blast!

Thanks so much to Vanslag and to the Dustbowl Revival who said to come back next year. Same time, same place… we’ll be waiting for you!