In a rush to get everything in order for the vacation, I failed to finish the review on Preuvenement, the cultural season-start of the autumn/winter time in Assen. On two outstandingly bright and sunny days we saw a mixture of music and lots and lots of culinary treats in the Gouverneurstuin in Assen. 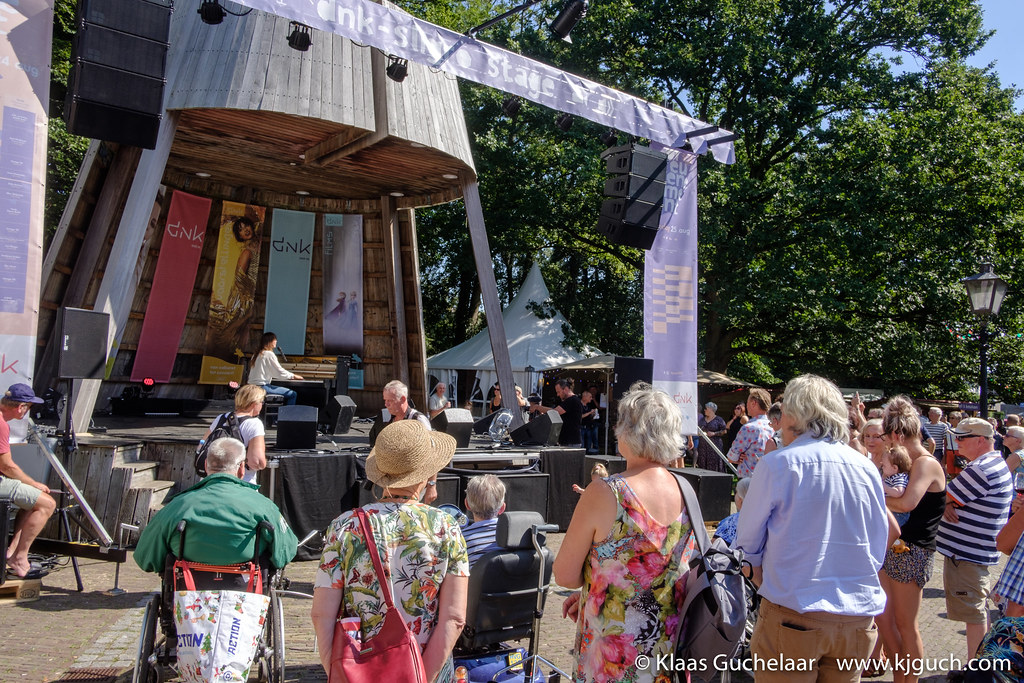 The event has also expanded since last I visited it and now also has a stage in front of the old part of the Drents Museum. So no less then tree stages with even more room for food stands and food-trucks. Local restaurants and bars had stands with small tastings of their menus. From down to earth BBQ all the way to oysters, beers, smoothies, gin-tonics and of course more then enough wine, so there really wasn’t any reason to feel hungry or thirsty there.

The weather was outstanding and with that the event was full of people. Always happy to see that. Although this time I went mainly for the enjoyment of the event and not to document everything fully, I couldn’t go without a camera. On Saturday Lavalu stood out in the afternoon. There were some interesting acts in the evening too, like Georgina Peach and later What the Funk, but I’m sure we’ll get another chance later.

Lavalu played solo on Piano and will return in December, when -as she mentioned- she will probably arrive in winter coat. Something we really couldn’t imagine on this superb and warm afternoon.

As the weather as still fantastic on Sunday we opted to not see the last day of Noorderzon in Groningen, but  instead to go the the Preuvenement in Assen again and I’m glad we did. On a stage for the Podium Zuidhaege venue there were some lovely concerts by folk bands, singer-songwriters and student of the ArtEZ academy from Zwolle. Sitting in the grass or on hay-bales it was a great, relaxing experience.

On the main stage Dorona Alberti and band gave a small preview of her upcoming tour playing the songs of James Bond. Nobody can of course ever surpass the great Shirley Bassey, but Dorona has a good voice and it could be an interesting event.

We went out for a bit to eat and just managed to see the last little bit of Divertimento on the stage in front of the museum. To short for an objective opinion, but it looked nice and the firs had a good sound.

The final act of the event was a full on Dutch party: The Kik plays Dutch songs. Some their own, some covered and occasionally a translated cover, as the band prefers to sing everything in Dutch. Later this year they’ll play a two night homage to one of the great Dutch singer/songwriter and protest-singers Boudewijn de Groot.

They’re an absolute blast. Great songs and lots and lots of humor on stage. A ‘never-before-seen’ solo on organ, synchronized dancing… it’s the perfect ending of the event. Weird to realize that we’re almost a month and a half on already. The good thing however is that the concert-season is starting again. See you all in the venues soon!