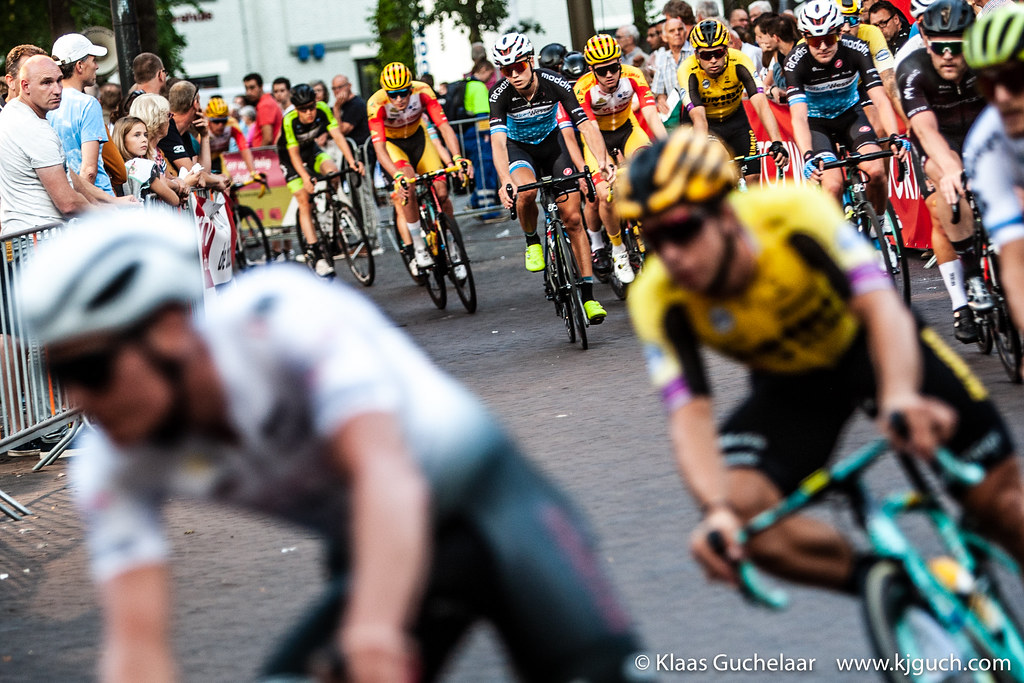 It’s clearly been a while since I last did spots photography and I felt a little rusty. Also the gear starts to show it’s age, however there is still no camera in my arsenal that focuses as fast as my trusty old Canon EOS 1DmkIII, so that  was the camera I took with me to the Gouden Pijl.

Normally I fully walk the circuit of the race, but I didn’t want to do that to Monica this time, especially as we had also done a full day at Wildlands already, so we found a good place or the circuit where I could try a few different locations and walk around a bit (as I really don’t like doing the same angle and corner for a full race.

Among various local and national teams the teams of Jumbo Visma, Roompot, Ineos and Sunweb were there and that always helps to draw in a crowd.

As the cycling alone won’t get a full center of people, there were lots and lots of activities around the circuit with a lot of music, a fun fair and many other activities. The weather was fantastic and so was the day.

We didn’t wait until the end of the race as we had to catch the last bus back to Assen, but we saw a good deal of the race and that made my sportive heart very happy.