This year halfway July was the fourth edition of the fantastic Static Roots Festival in Zentrum Altenberg in Oberhausen. A young festival that is growing and improving every year and as a result of that they SOLD OUT this year, a fantastic achievement and I’m really proud to have been a part of this great festival from the very beginning! 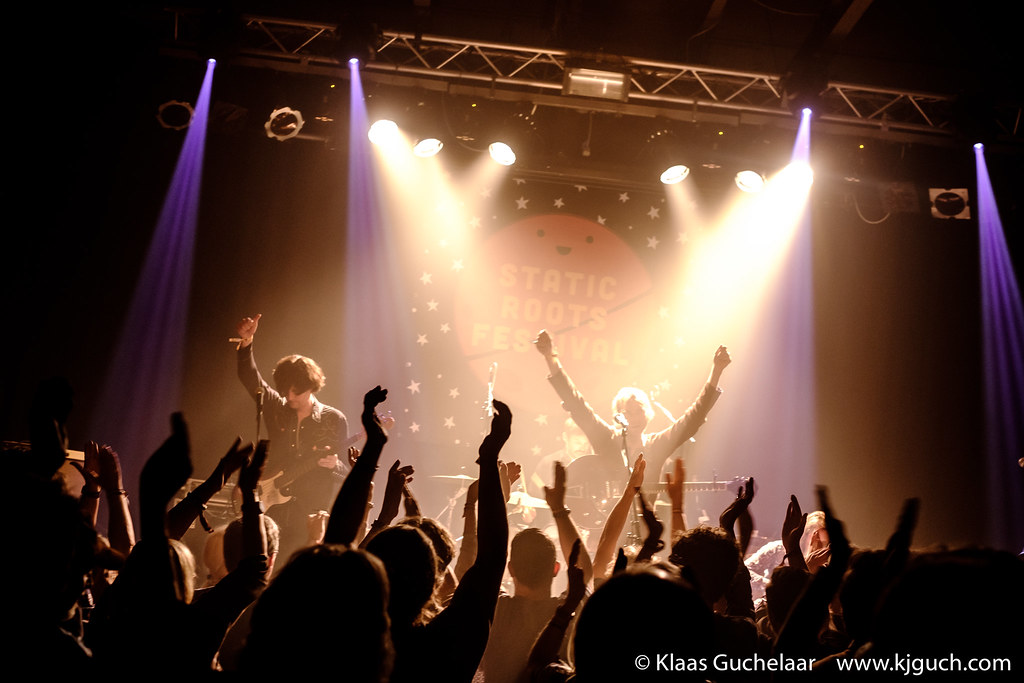 On Friday we drive to Oberhausen, check into the hotel and first take a stroll through the center before we make our way to Zentrum Altenberg where the  Static Roots Festival is held. In the hotel we already met some of the other visitors and a few musicians as lots of us are stationed at the same hotel every year.

When we arrive at Zentrum Altenberg the doors haven’t opened yet, but in the central area, the ‘biergarten’ it’s already busy with people meeting up again after last year, enjoying some beers and catching up over the past year.

At half past five we finally start with Static Roots Festival regular John Blek. A fantastic singer/songwriter and a good storyteller to boot. John also payed for the annual Willie Meighan memorial, a mentor and inspiration to both John and festival organizer Dietmar. We’re off to a great start!

The second act is already one to be remembered and will be hard to beat. The Brother Brothers are an incredible duo and as it happens to be twins. Their vocals were superb and the instruments including violin, guitar and cello sounded fantastic.

After a short break we headed back into the venue just after John Murry had started. It’s a bit difficult to describe. It was loud, passionate rock, but the vocals  were pretty hard to follow. An impressive concert to say the least.

The Wave Pictures were an altogether different thing. Relaxed, perfect for a sunny day with simply a super relaxed bass-groove throughout the concert and a charismatic front-man completing the ‘picture’. Absolutely perfect for a summers day.

To end the first day we had a repeat visit from the Cordovas who played Static Roots Festival last year, but with all the passion they bring on stage and the way they take in the full audience it’s just the perfect end to whatever kind of festival. They keep coming back for more and more. I almost felt sorry for them as they had to play early at Bospop in the Netherlands next day. We had another day of Static Roots festival to look forward to and with that returned to the hotel for a good night’s rest.

On Saturday morning we take our time in the hotel waking up and having a good breakfast in the restaurant. The weather has cleared up a lot and so we go for a bit of a walk (no bikerides for me after last year’s accident!) and then walk back to the venue for more (lots more) music.

At one in the afternoon a friendly looking giant Ags Connolly kicks off with pure country songs, little diamonds with loads of heart. A very nice way to start the second day of the festival. Ags feared the and empty view in the venue with his early ‘graveyard shift’, but didn’t need to worry most of the festivals visitors had arrived well  in time.

After all the heartbreak songs the Orphan Colours brought a bit more pop/rock Americana with lots of great guitars and harmonized vocals.

The second big take-away of this year’s edition however was Joe Nolan, a Canadian who with merely his voice and guitar (and at some point only his voice) silenced the full audience. It was breathtakingly beautiful, straight from the heart to the heart and just really that good. The man had an aura around him that was mesmerizing.

A hard act to follow then, but followed he must be and Luke Tuchscherer and his band had that task.  Luke had a clear Batman-theme going on on on his guitars and jackets and with band they brought some goods, strong, straight forward rock that lightened the mood after Joe Nolan’s set.

Just one more act before a scheduled break; Joana Serrat and het band The Great Canyoners from Barcelona played a really great set of songs, a bit more quiet, but oh so fine. A band with great enthusiasm and it was fun to see a Spanish band in this musical arena.

Don Gallardo picked it up again after the break and with his band played both a musically as visually sublime set. His guitar-player was on fire. A great mix of singer-songwriter, folky and Americana. It all passed in this set.

As the night grows darker, we head onward to the end of the festival, but there are two more bands to go. The Hanging Stars are great, a terific set of songs, the light on stages is amazing and at times there’s almost an ‘Oasis-vibe’ (or perhaps a strong English-rock band vibe is beter) from the band. Both audience and bands are in terrific form.

And then we head to the last act. And who knew that me, from the Netherlands, would be blown away by a Dutch band that I didn’t even know up until then. The Dawn Brothers are the perfect ending for the festival. Much like the Cordovas the night before this band brings it all in. They groove, they rock, they swing. It’s an absolute joy to watch and hear them rock out.

And then suddenly it’s done. The festival is over. At least… on stage, outside in the beer garden the party continues for a while longer as visitors and bands mingle, get out the guitars and play some songs and enjoy the company and the warm night.

So in all there’s really not a bad thing at all to say about the festival (well, there’s me having missed the annual group photo moment). The audience is just great, with great respect to the musicians and the music, we even did a ‘get well’ video for one of the foodtruck owners who fell ill and couldn’t make it (hope to have the Static Roots Burger back on the menu next year!). Inside the venue we listened to the bands, for chats and beers we went to the beer garden. Host Jeff  (check out ‘Tell the band to go home‘) did -as usual- a terrific job announcing the acts and giving the right amount of attention to the organization and all the volunteers at the festival did a superb job!

With a sold out festival and limited space at the venue the question now is how to continue, but that is up to the organization. For me I kinda hope we’ll stay at Zentrum Altenberg as the location just adds so much to the vibe of the festival. Luckily I don’t have to decide that and I look forward to Static Roots Festival number 5 next year. Good luck Dietmar and everyone else, expectations are pretty high of course. 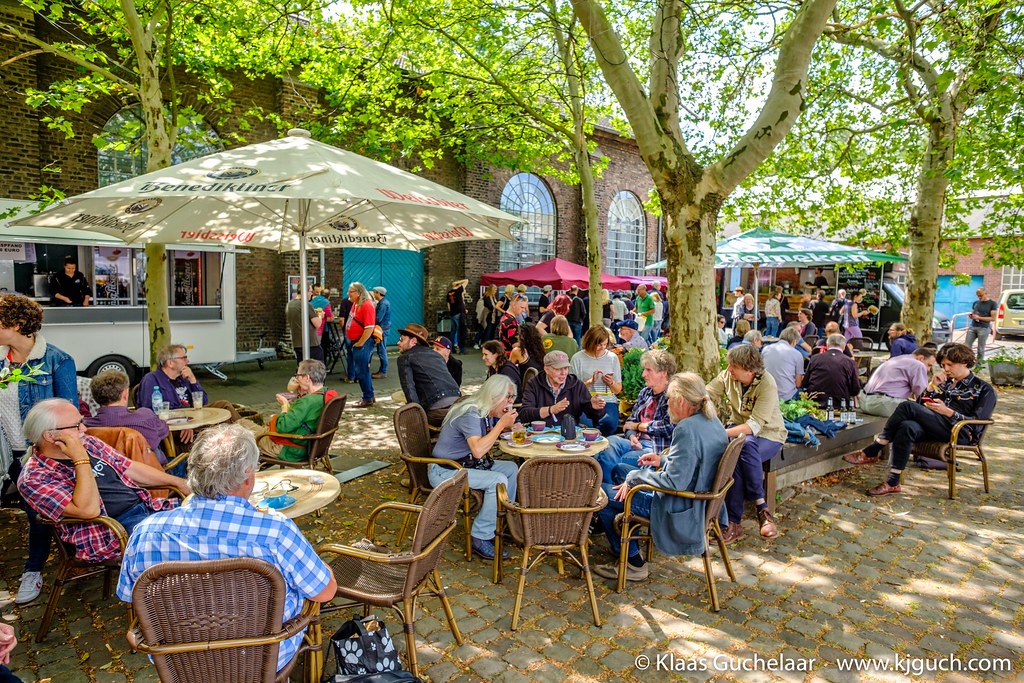 Many thanks for organizing and hosting such a fantastic festival, this is where the love and heart for music shine so very brightly!