In less than a week Eurosonic/Noorderslag will be all over Groningen again: the musical showcase of Europe where all up and coming bands from all over Europe will perform in every location that can have a stage. So it’s nice that a few Dutch bands can have a little extra exposure in some preview-shows. At Vanslag five band from Drenthe had the opportunity to present themselves and as a bonus Hanna Mae performed with band. 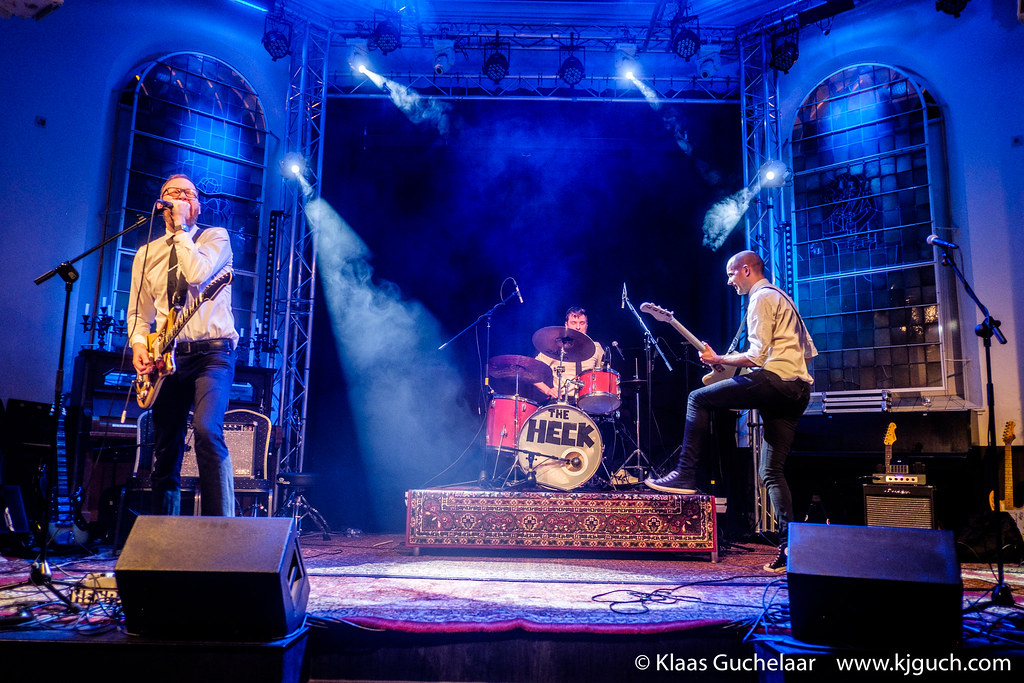 There were three acts in the tower, an intimate location for a small amount of audience. To get the best seats (or to get in at all) you had to be there on time, climbing rather steep stairs.

First off there was Daisy, playing piano. Lovely sound and a good voice. She (and the audience) was a bit startled when -right after she started- the church bells rang. She ended the set with a song she only just wrote that afternoon. It doesn’t get much newer than that.

The second act in the attic was Nadua is a 19 year old singer/songwriter from my home town: Assen. Her songs are peaceful and come from the heart.

The last singer/songwriter in the tower is Mary Confurius and I saw hear last year in Vanslag as well with Drentsch Peil, another showcase for musicians from Drenthe. The sound is a bit darker, but I do love the sound of her guitar. She did get into a bit of a discussion with a few members of the audience about religion and starting a rather typical song after, the two men quickly left the scene. That was a bit odd, but for the rest a good set.

After every set in the tower there was also a set on the main stage. Here the bands were playing. The first was Hannah Mae and she was the only one on the bill that will not play at Eurosonic next week and that’s a bit of a shame, as it was a really good set.

Hannah and band play rootsy music with a bit of a country-sound, but lots of rootsrock as well.The sound is terrific with band, but toning it down to her solo with only her guitar works well too, she proved in the end.

The second spot on the main stage was for Sorry John. I’ve seen them before at the Eurosonic Preview show in Vanslag last year. They still sound good and look more at ease. Solid act!

But the best was kept for last. Musically not something I’ll soon play at home, but as a live act The Heck is absolutely awesome. Garagerock that’s all over the stage and into the audience. The band is wild, hyperactive and simply fantastic! Bonkers, but I love a show like that.

I hope all the bands will do great as ESNS next week and hope to see them again on a stage somewhere soon! Thanks to the bands and to Vanslag!