Not so long ago I ran into the album ‘Astonishing Tales From Beyond The Brass Dimension’ by the Broken Brass Ensemble, a brass band (naturally) from the Netherlands. And then I saw they’d come to Simplon for a concert. A very nice coincidence and of course I went there too. 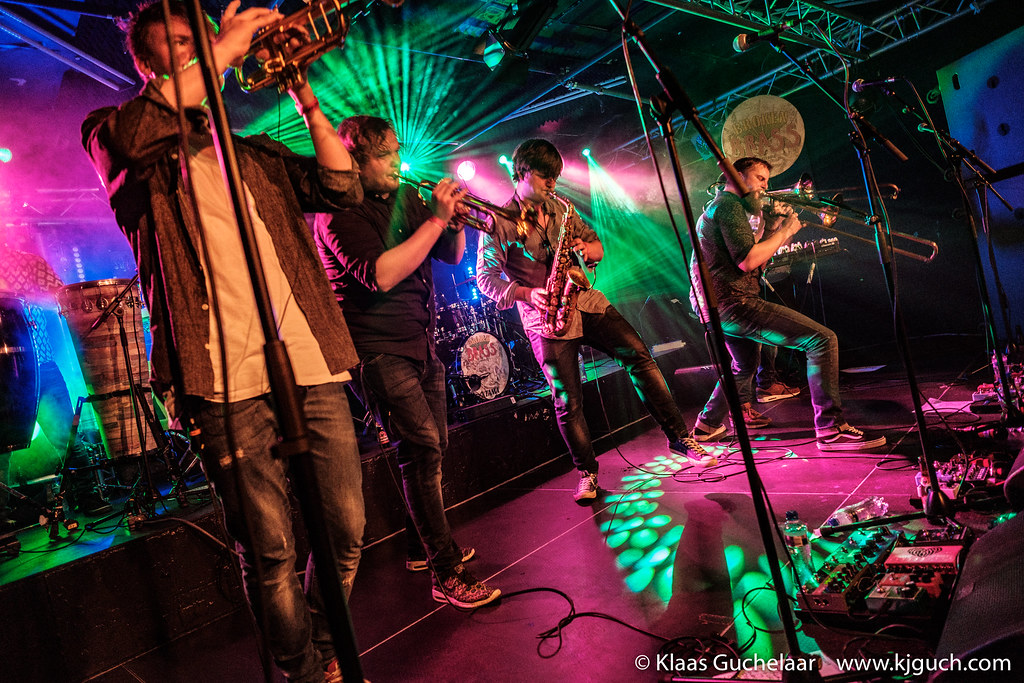 It’s been a while since I saw the Broken Brass Ensemble, that was back in 2013 at the Welcome To The Village festival. Reading back I then found the band a bit static on the stage, but musically absolutely fantastic. I finished with the words ‘Next time put them in the middle of the audience and it’ll be perfect’. Let’s see if they took heed to my words…

Starting the evening Town of Saints kicked off. As a duo this time, but for a few songs the Broken Brass Ensemble joins in. It’s also been a while since I saw Town of Saints, so actually a great to see them again. Funnily enough I also first saw them at the same festival years ago. Still a terrific band to see, only a shame that there were people in the back that felt they needed to shout over the band to get their conversation heard… The band is working on a new album, so hopefully there will be concerts of Town of Saints to visit again soon.

Next up a new act for me: Electropoëzie. Electo poetry or… poetry to electonic music, or something along those lines. With beats, rap, disco and bucketloads of awesomeness and all of it in Dutch. Anyway it was just fantastic! Two men: one reading/singing poetry and the other singing over a voice modulator and the two of them smack in the middle of the audience. Sheer brilliance! 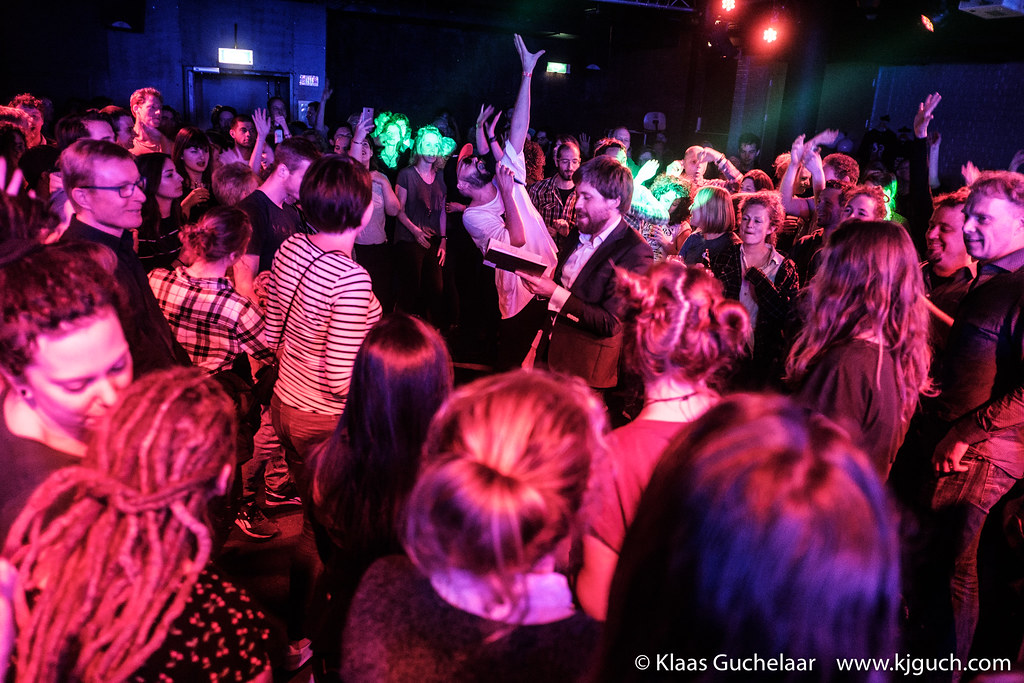 But then finally after a short break we got the main act. The Broken Brass Ensemble. Over the years there have merely been a few small changes to the line up. Dropping one saxophone and including a percussionist. But from the get go it’s full on swing, dance and party. Funked up brass music with a lot of power. 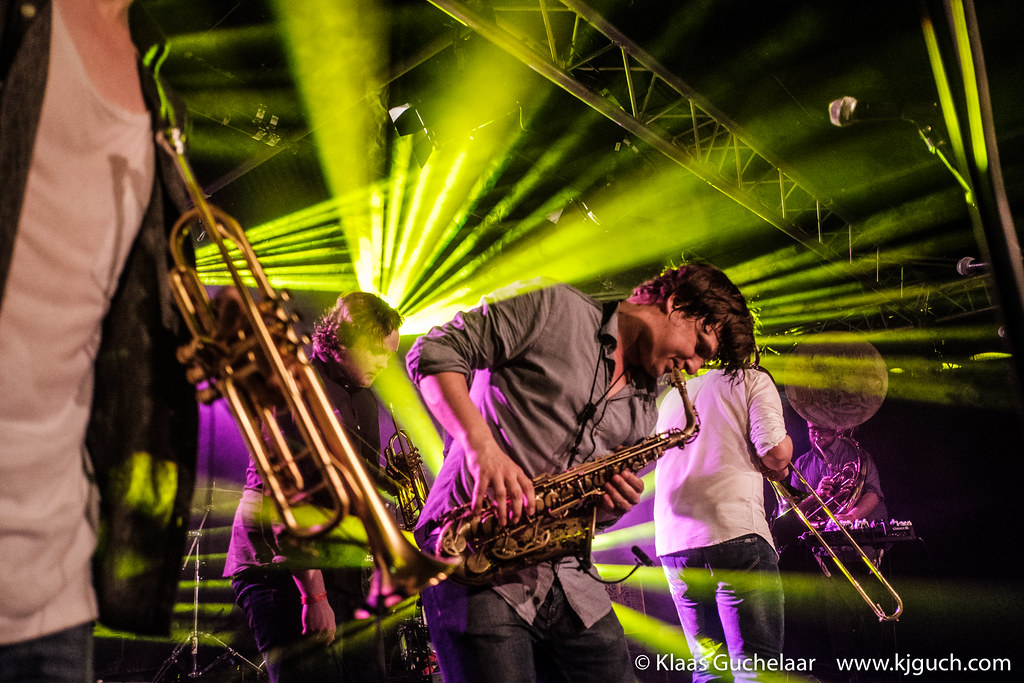 There is a lot of work from the ‘Astonishing Tales’ album, but also there’s room for some classics, a cover here and there and a brand new try out that’s meant for the upcoming album. Even Harmen Ridderbos or Town of Saints joins in for a song. 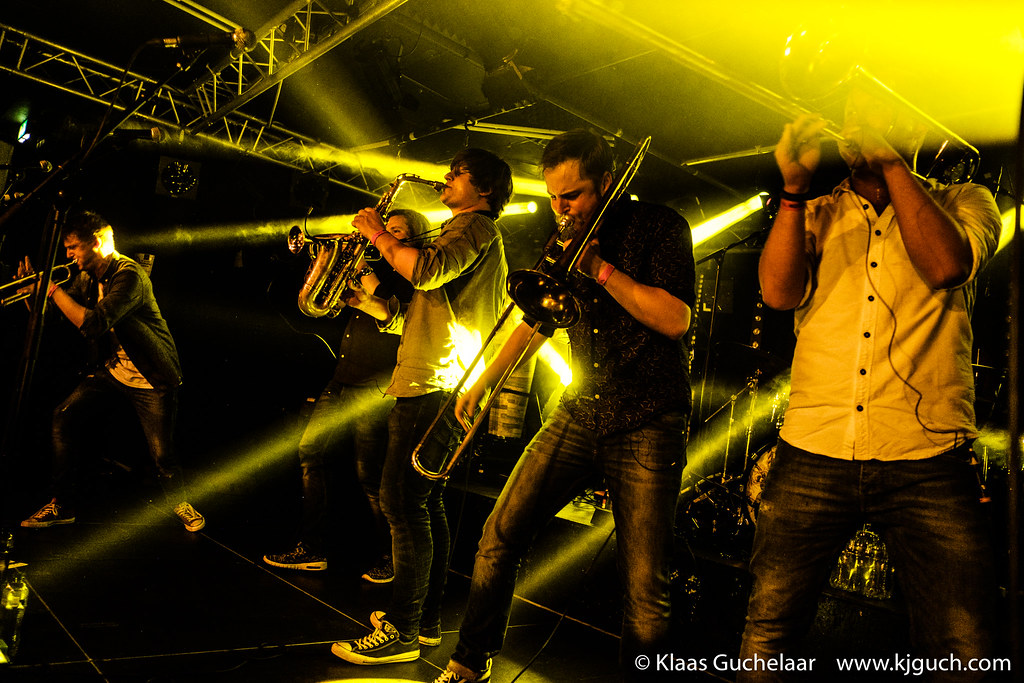 The concert is great, brass music on funk is simply a guaranteed party in the making. I don’t think there’s anyone in the audience that didn’t al least wiggle their feet. And in front it was full on dancing. And the band is far, far more energetic then when I saw them back in 2013 (also they lost the costumes, so it doesn’t feel like an ‘act’). But them again, possible the high stage then didn’t really help. 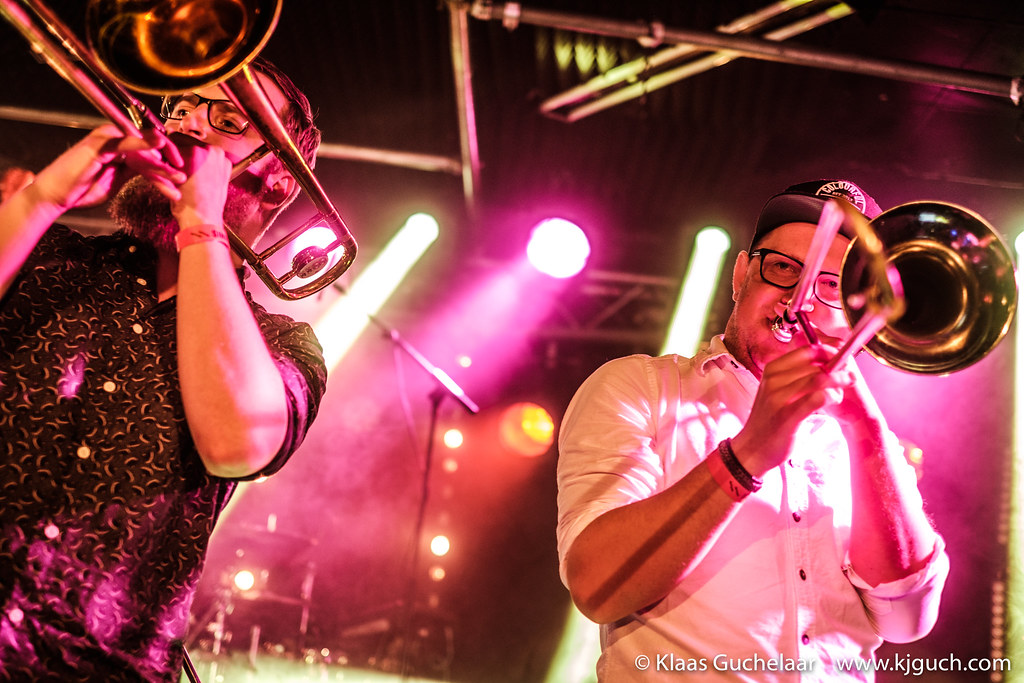 And in the end? The actually do go into the audience and that was an absolute blast. They played a brass version of ‘20 Dollars in my pocket‘ and it was -to keep in line with the lyrics- “fucking awesome!!!”. Superb gig! 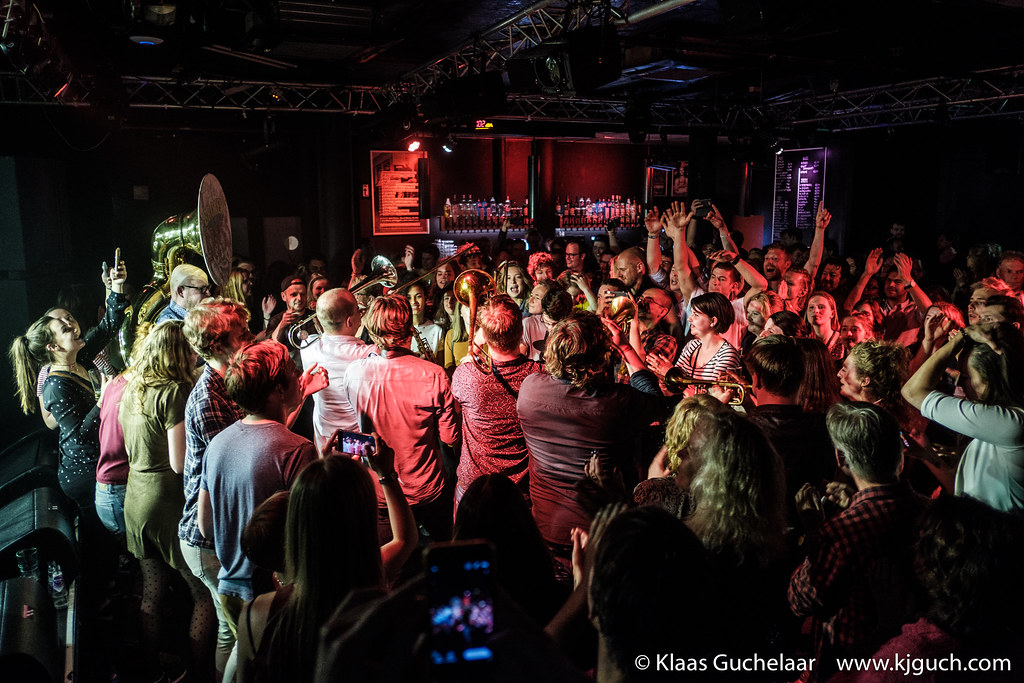