King of the World played in a sold out Vanslag last Friday and it was absolutely fantastic! 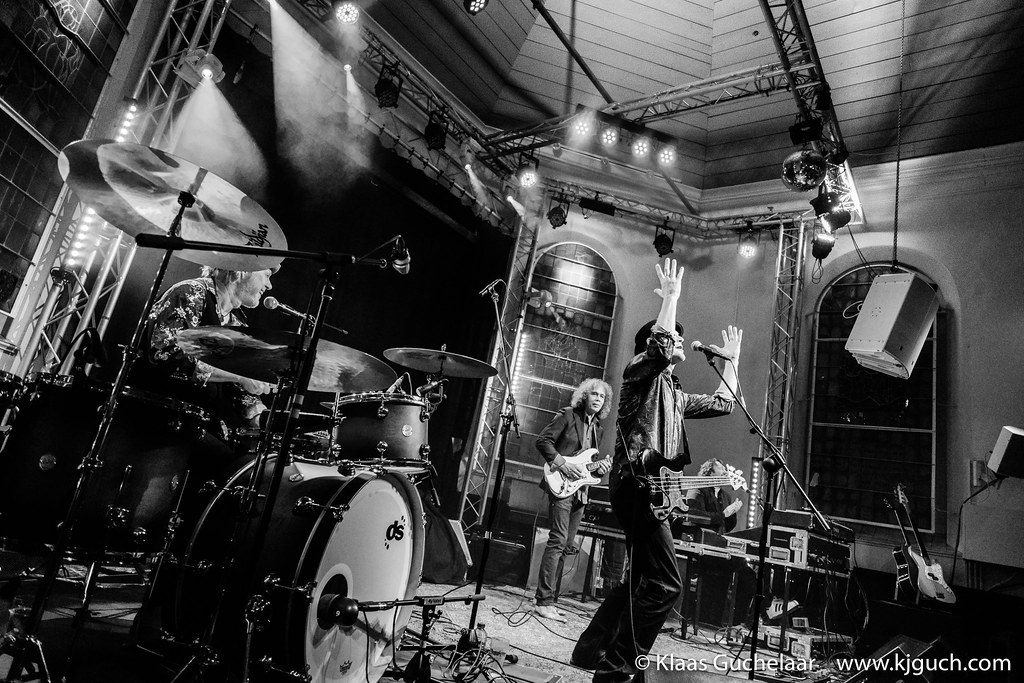 In 2011 the Dutch most famous blues band Cuby & The Blizzards ended when Harry -Cuby- Muskee died. Erwin Java had been with the band since the eighties as the guitarist and in 2011 he formed a new band King of the World together with Ruud Weber,  Fokke de Jong and Govert van der Kolm. The bandname comes from Cuby’s album ‘Groeten uit Grolloo’.

The band has released four albums in the past years and played most if not all blues festival and countless stages.

After six years Erwin has decided to focus on other projects and therefor leave the band. There are only two (already sold out) concerts in De Amer left and one last appearance at the Ribs&Blues Festival in May.

But that’s in the future and now first there was the concert in Vanslag. This concert was also fully sold out and the church was a terrific stage for the band. They played two sets and raised the roof! Lot’s of songs, a fantastic rhythm and loads of solos.

The energy that came from the band and audience lifted the concert to a higher level. The band really gave it their all in two long sets and it was amazing! Many many thanks to King of the World and to Vanslag for a fantastic blues night!