Fridaynight – bluesnight at Vanslag with The Sidekicks last Friday and the’s nothing better than to start the weekend with some up-beat swingin’ blues. 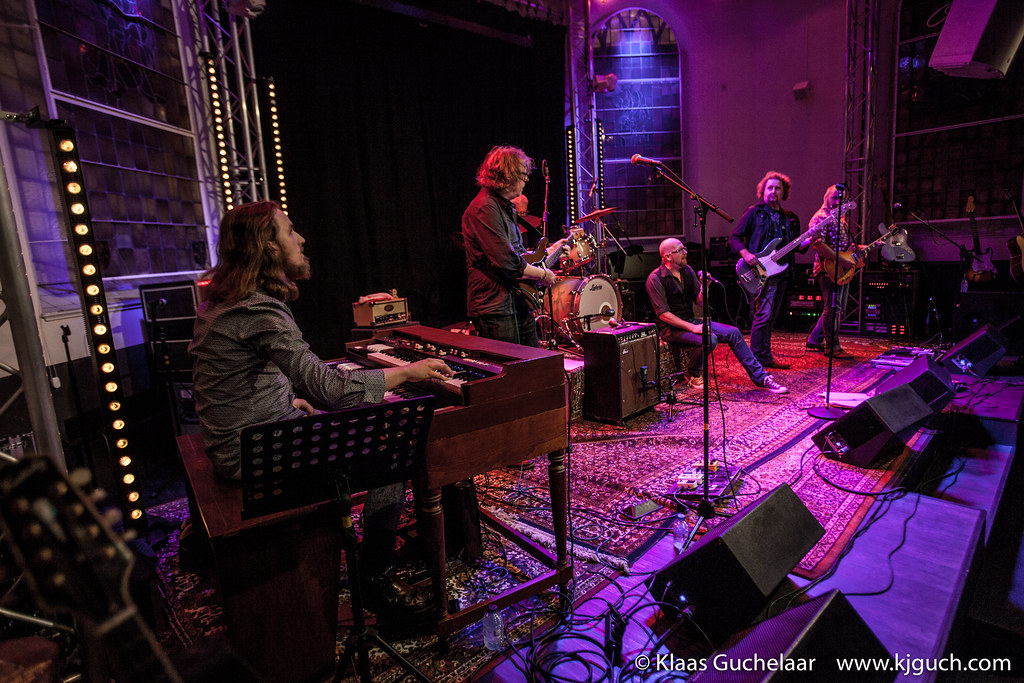 In the past years I’ve seen Hans van Lier and the Sidekicks several times, the last time being in 2014 in the Bluesnight of Assen. That’s almost 4 years ago, so it was high time to see the band again. Since the beginning of this year there has been a rather big change in the line-up of the band: Hans and the band have parted ways and so now The Sidekicks are on their own.

They found a terrific replacement guitarist in Peter Hummel and (at least for this concert) they’ve added a Hammond organ on stage. Not an electric keyboard in Hammond setting, but a full on real Hammond and those instruments do add something on a stage. The sound is just awesome.

The Sidekicks played two sets long sets. Mostly original material with a good selection of their latest album Texas of the North. They included every style of blues: from slow, fragile to rocking and hard-drivin’ boogie to boot. A firm base with drummer and bassit, two fantastig guitaritst sharing rhythm and solo spots and the grooving Hammond make an awesome sound and vocalist Teo adds bluesharp. They ended the show with a nod to the Dutch godfather of the blues Harry Muskee with their cover of Too Blind To See.

The concert was great. A fantastic band, good songs and Vanslag is quite simply a terrific stage. So it always hurts a bit when the venue isn’t nearly as full as band and venue deserve. Especially in a blues-loving province like Drenthe I would have expected a bit more. Let’s hope for next time.

The next concerts in Vanslag I highly recommend, however as I’ll be in Barcelona I unfortunately can’t make it myself. However if you have a chance your really should go and see:
– Chip Tailor on the 2nd of November (hosted by Roots on the Road)
– Leif de Leeuw band – modern blues
– BJ Hegen bluesband – traditional blues