Last week I received a message in Whatsapp “Hey Klass, you coming to Michael McDermott this Friday afternoon?”. Normally I work on Fridays, but this particular Friday I just happened to have the day of os yeah, sure I’ll come and see Michael McDermott. 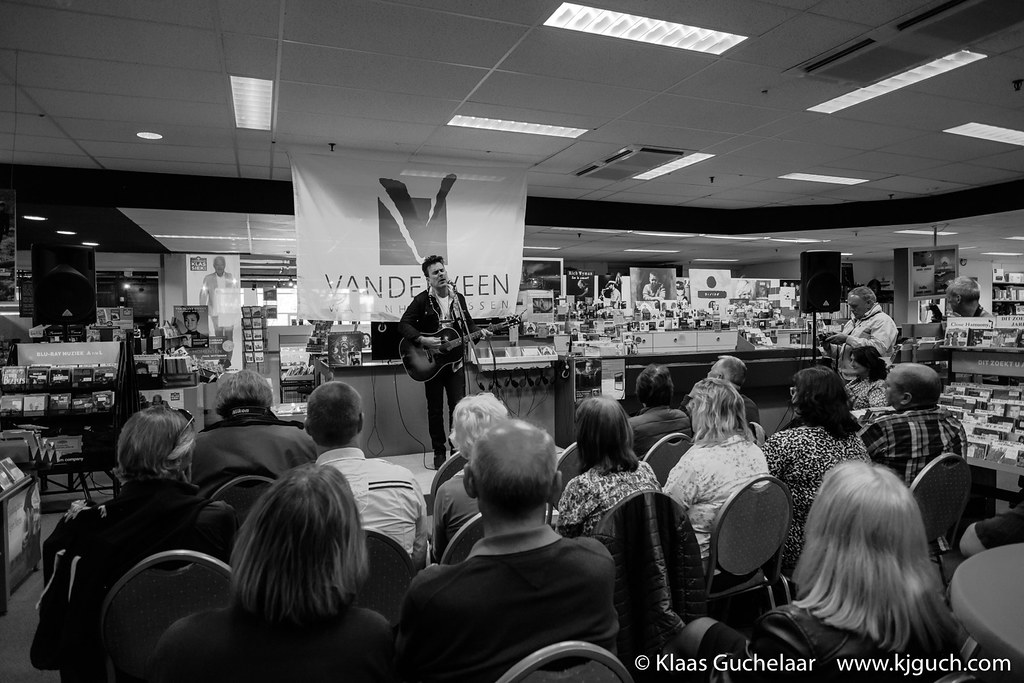 I had a bikefitting session in the morning and an appointment at the hairdresser first, so I had to race a bit from here to there, but all in all I made it well in time before the concert started in the late Friday afternoon.

Michael was to do a concert in Slotplaats in the evening. A new location that I haven’t heard about before, so that’s something new to check out one of these days. But first there’s the Instore gig held in the music-department of the Vanderveen store in Assen.

The guys of the store are doing this more and more and quickly transform the store in a small little venue with seats and all. For a Friday afternoon there’s a good turn-up and at half past three Michael started his set.

I’m not well known with Michael’s work, but he has been performing since the 1990’s, has had his fair share of demons to fight and came out on the other side and is  currently hailed as one of the greatest singer/songwriters of the last years. Big shoes to fill :)

From the short set that Michael plays solo in the store at least you get a really good feel: gripping songs, great voice and from the looks of it a really nice guy. I liked it a lot and would quite happily see a full gig (either solo or including band). Unfortunately I didn’t attend the one in Slotplaats as I only heard about that the next morning, so I guess I’ll have to wait till he comes around again.

Thanks CD Afdeling Vanderveen for hosting this superb gig!