Ralph de Jongh might very well be the hardes working bluesman of the Netherlands. Releasing two double albums last year, there’s a triple-album out now: Trilogy – ‘Dancing On a Vulcano’. And the touring schedule with solo performances, duo-performances and full band gigs is long. He performed at Vanslag with full band last Saturday to a well filled venue. 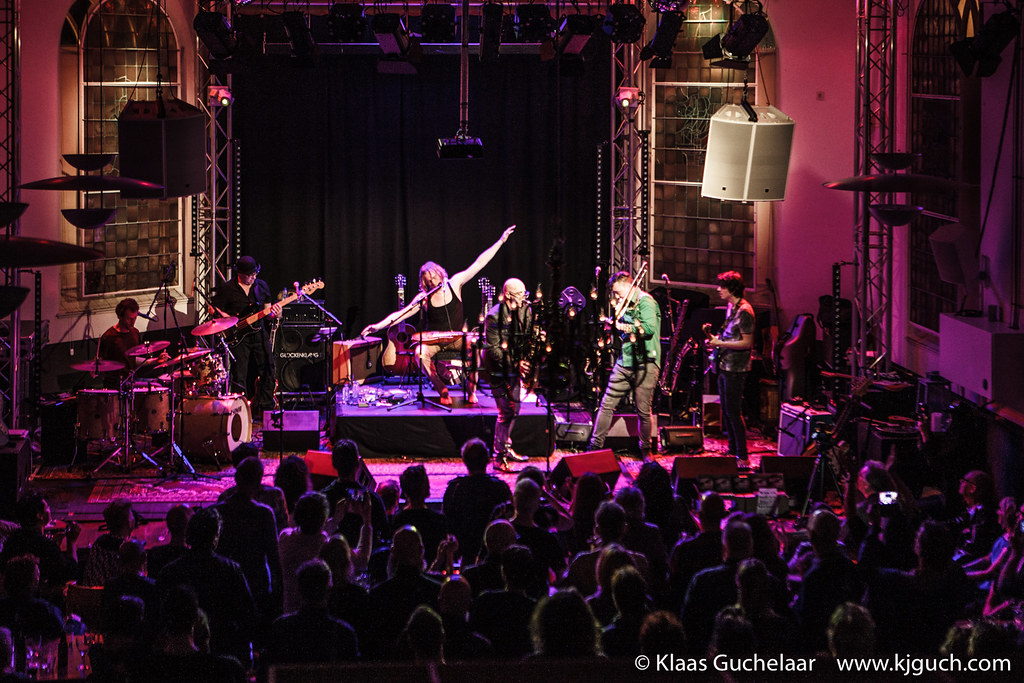 It’s been a busy day already with various promosional instore gigs and to top it off a gig with full band in Vanslag. Ralph de Jongh in the middle on the central throne surrounded by a large band with Arie Verhaar on drums, Rogier Hemmes on bass, Arend Bouwmeester on saxophone and percussion.

Joost Verbraak played trombone, Maarten Ouweneel was on extra guitar and on several songs Ewa Pepper played the violin. So the stage was well filled and the musicians are excellent!

But so was the venue. It was packed in the front and there was a bit more room in the back where people were dancing (wildly so, now that was an awesome sight!). The connection between band and audience is almost tangible.

The concert is fantastic. It’s blues in it’s fullest and widest. They tone it down to it’s smallest with Ralph on bluesharp, subtly accompanied by the band, and a few moment later they’re back full out rocking. Thick greasy layers of soulful blues and superb solos of sax and trombone and more then enough guitar solos to fill an album or two with :)

The concert had it all and after two great set the encore lasted and lasted and lasted. It’s as blues should be: simply fantastic, wild and full of life. Thanks Ralph, Vanslag and Roots on the Road!