Last Friday I received a text requesting me to come to the instore gig in Vanderveen. Bobby Long was going to play a few songs promoting his new album and the upcoming gigs. As it was a nice stop in between my way to the train station for an event later that afternoon I stopped by the store.

Only to hear that gig would start a little later as Bobby got held up on his way to the store (he was coming in from Frankfurt I believe and that is quite a bit of a drive). No matter, only 15 to 20 minutes after the announced time Bobby did get up on the little stage in the store. 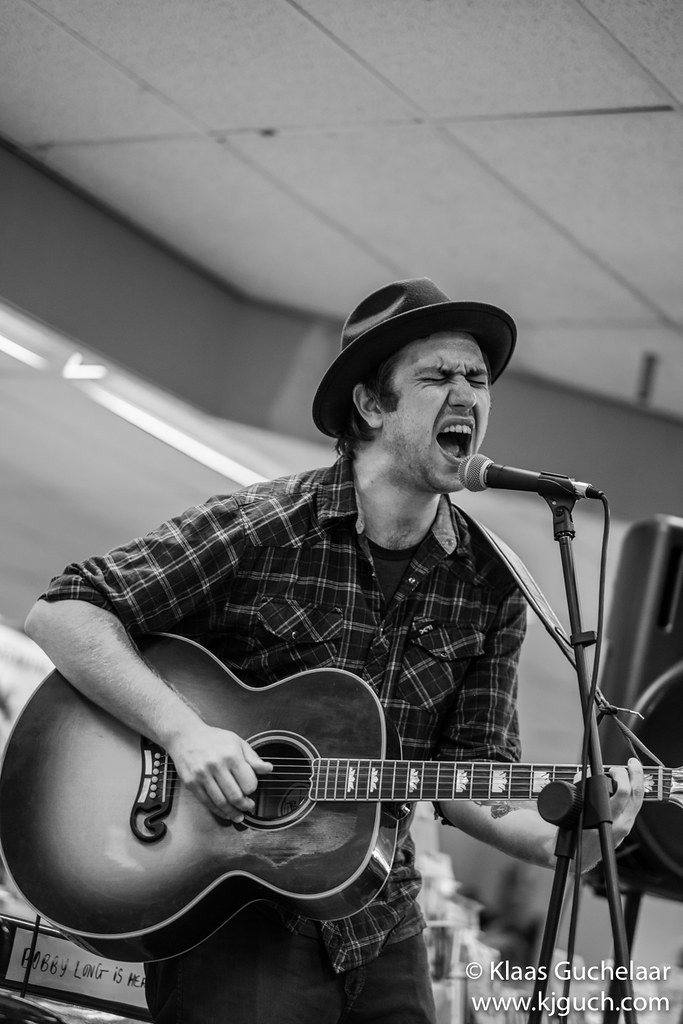 Bobby Long is a singer-songwriter, in the americana-folky style with a bit of a rough edge on his voice. I feld a very young Bruce Springsteen. There’s potential to a bit of rock in the songs. Bobby was playing solo now, however with band I think it will all burst out. There’s also a few good ballads there and as the store played the album after his concert I could hear my thought on the band being answered. 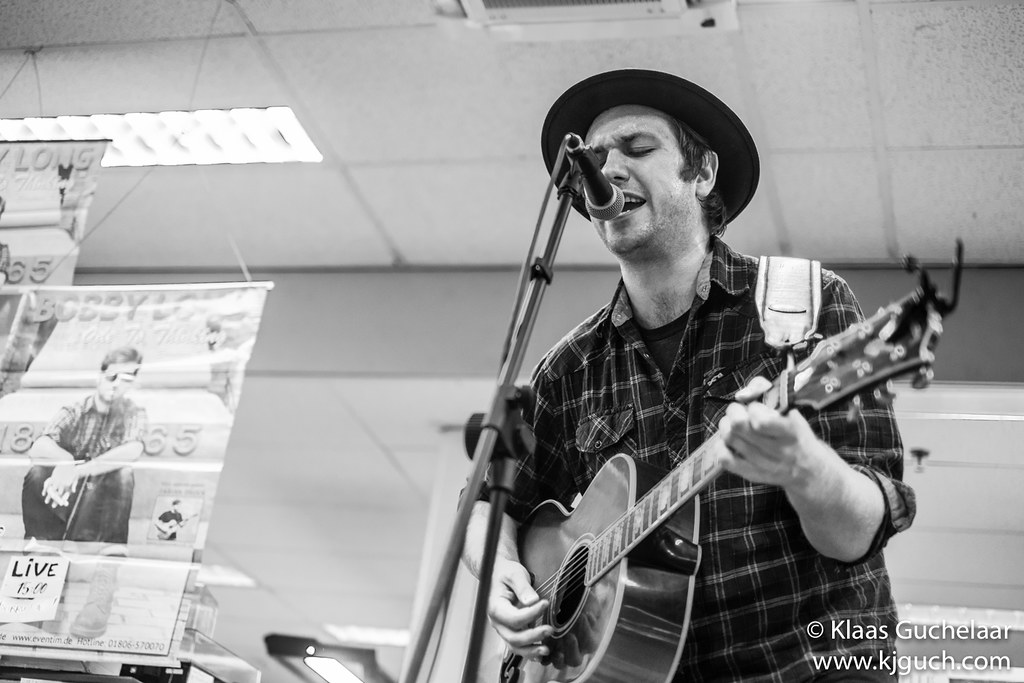 A good short gig. He played in Zwolle last night and will play in Amsterdam tonight. Can’t make it there but I’ll try to get a full show of him for sure when he come’s back here. Thanks Vanderveen for giving me the heads up :)