It was one of those impossible-to-choose evenings again last Friday. Toby Beard in Vanslag in Borger, a new concert in the Synagog in Groningen by my friends of wishfulmusic, a gig in Vera, another gig in Groningen by Lepel Concerts and then the mention that Vanessa Peters would play a solo gig in Westerwijtwerd, a small town above Groningen. And as I’ve know Vanessa for a long time now, I quite liked the idea of going to see her, a good warmup for when she’ll be playing the Groninger Museum with The Sentimentals.

I had never heard of ‘Het Huiskamercafé‘ (livingroom café), or even of Wijsterwijtwerd, but it’s only a little bit beyond Groningen and situated in a lovely location. Unfortunately it was dark as I arrived, but I do believe the location will look gorgeous in daytime. The location has been run as a livingroom café since 1860 and has passed on in it’s function from owner to owner and is currently run by Katrien and Thomas who have included livingroom concerts in the concept.

The location looks cosy and friendly and a great location for livingroom concerts. An extra wire attached to the pendant turned that lamp into a terrific designer spotlight!

As it’ a small room, no amplification was needed and Vanessa Peters played a great set of fully acoustic songs, lots from the new album of course and a good selection from her older albums. Add a few songs that have not made it to an album yet and that’s two sets filled with ease. Most songs have good stories on what they’re about or how they came to be and the song ‘Drowning in Amsterdam’ is a lovely song on Vanessa’s first meeting with the Netherlands so many years ago. 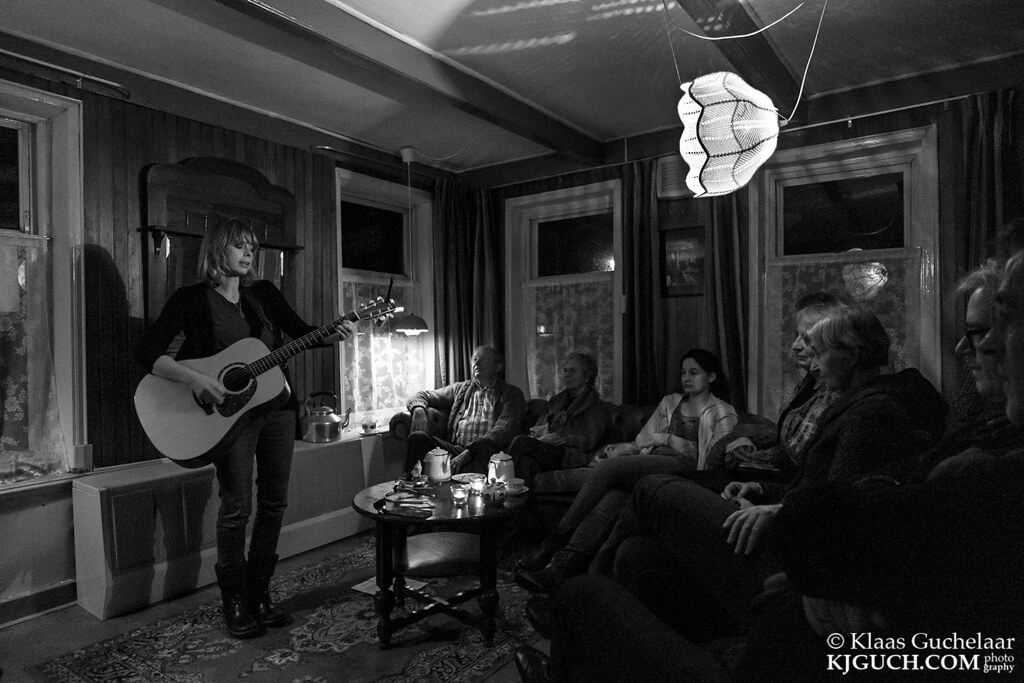 Vanessa’s solo tour is just about done now, but she’s return in April with the Danish group The Sentimentals, with whom she recorded her latest album (here’s a great Dutch review) to do a tour in the Netherlands again, April 17th they’ll be at the Groninger Museum and I’ll be sure to be there again!