In 2014 I saw many concerts again. Some by band I knew and it introduced many new artists and bands to me and I loved so many of them. It’s absolutely impossible to arrange a set in a Top 10 as there were so many incredible concerts and one is simply so much different to another. But I would like, as is the custom at the end of the year, to highlight a few moments of the year.

Although the list is not in any specific kind of order, if I had to choose one single highlight it would have to be the concert that Calgary Woods played at FestivalderAa on July 5th, a festival in a nature park in Drenthe. Playing an acoustic set on a wagon in the open air with a big field of heath behind them as the sun slowly sunk behind the horizon was as close to magic as you can get. They deserved a much bigger audience, but the World Cup Football had The Netherlands playing against Costa Rica at that moment. The (many) people watching that match at the festival missed a truly momentous concert. Ending the set with their fantastic version of Dolly Parton’s Jolene this was absolutely the magical highlight of the year. 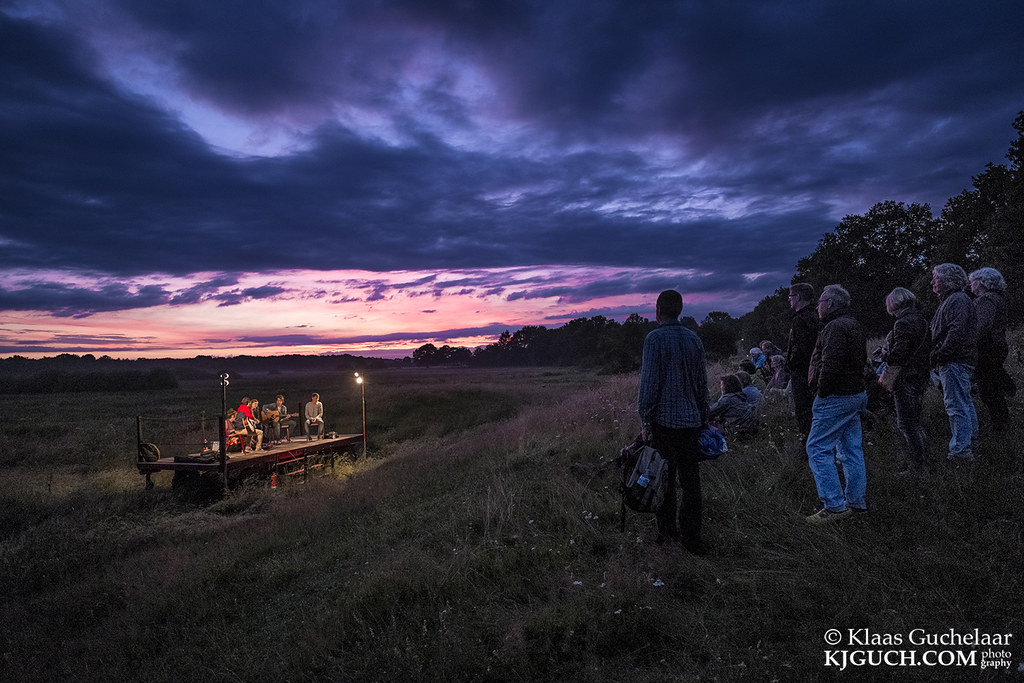 And that brings me to the second moment of the year that quite coincidentally happened not much later at that same festival: Wende Snijders. Wende released her latest album Last Resistance late 2013 and gradually built up her concerts in four tours. First small in the clubs, then a bit bigger in venues/stages, then to theaters and finally she took her tour to festivals. The match Netherlands-Costa Rica went into overtime and finally to penalties that the Dutch eventually won. As a result the start of Wende’s concert was pushed back almost an hour, but the exhilaration and relief of the eventual win gave the Wende’s concert an extra dimension. It was fabulous and bringing her music to the outdoors, big and strong this was simply awesome. 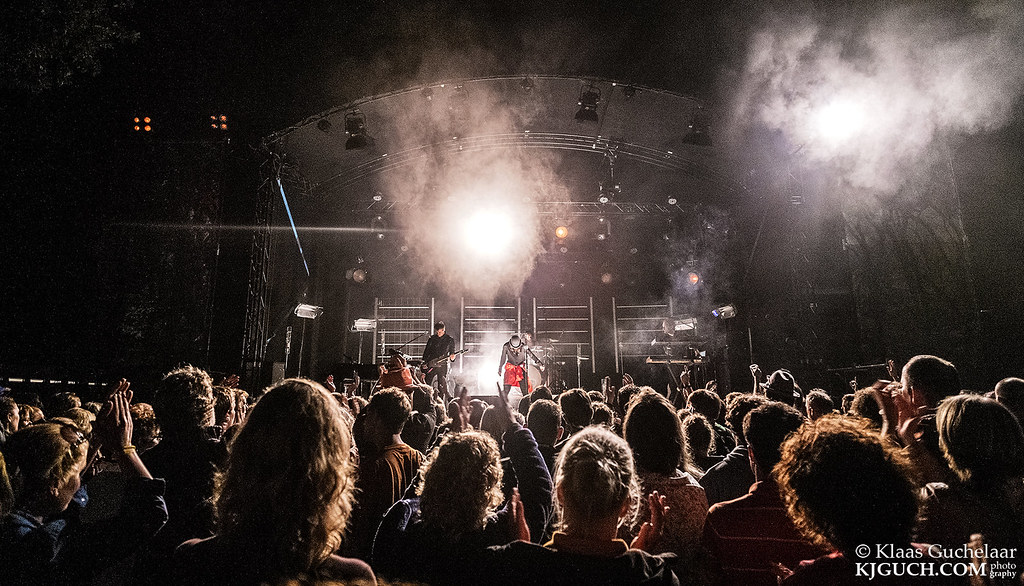 And of course I  can’t make a list of highlights of the concerts this year without mentioning Marike Jager. I’m very thankful that Marike allowed me to visit 4 of her concerts in churches this year and for the one moment of this list I’ll choose the last one that I visited on May 11. From the album release in a church in Utrecht in March to the concert in Leegkerk in May I saw Marike grow, not only into her element in the church, but also literally as at the time she was pregnant with her son Toots. Beautiful concerts in impressive locations and Marike and Henk Jan did a wonderful job here. 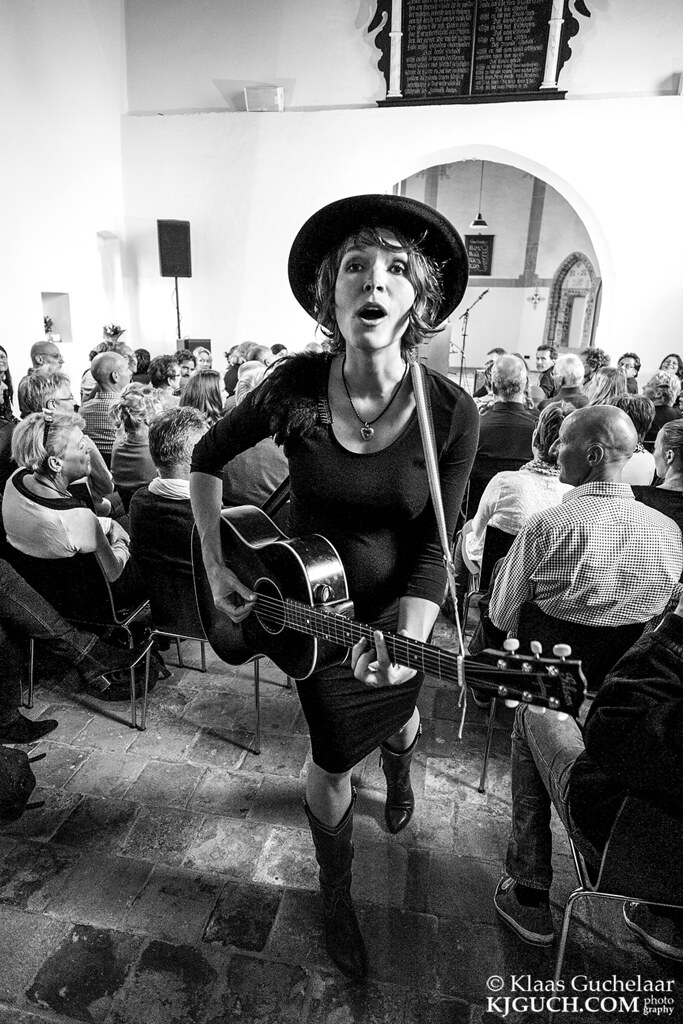 I’m really happy to see that the Vanslag venue in Borger is starting to get the attention that it deserves and I’ve seen some terrific concerts there this year. For the moment of 2014 I’ve chosen the concert that Toby Beard held at that venue on May 23. Terrific energy on stage and a heartfelt connection to the audience. 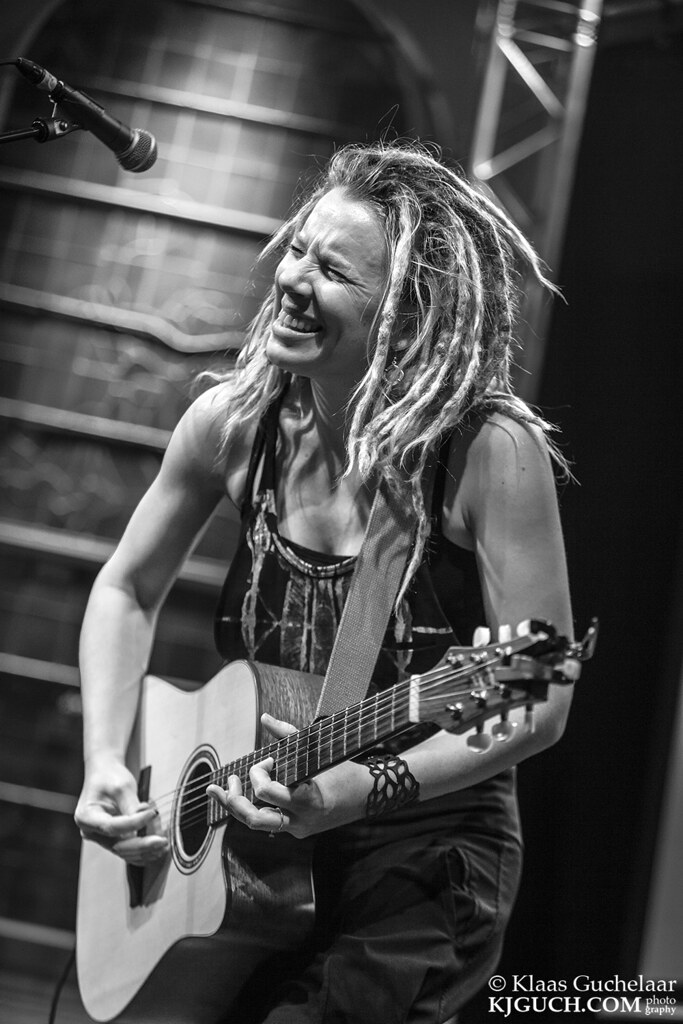 I love Jazz-music and every year I plan to visit more Jazz concerts and every year I fail to do just that. I’ll promise the same for 2015 and hope for the best. I am happy to at least have visited the Benjamin Herman Quartet gig in the Oosterpoort venue on January 24. I love Benjamin: he has a fantastic, positive stage-presence and is an incredible musician to boot and makes Jazz accessible without making it sound easy. Great concert and I can only hope to see more gigs like this. The location and shot for this image I had chosen as I did the same with a few bands earlier and it fitted perfectly here. 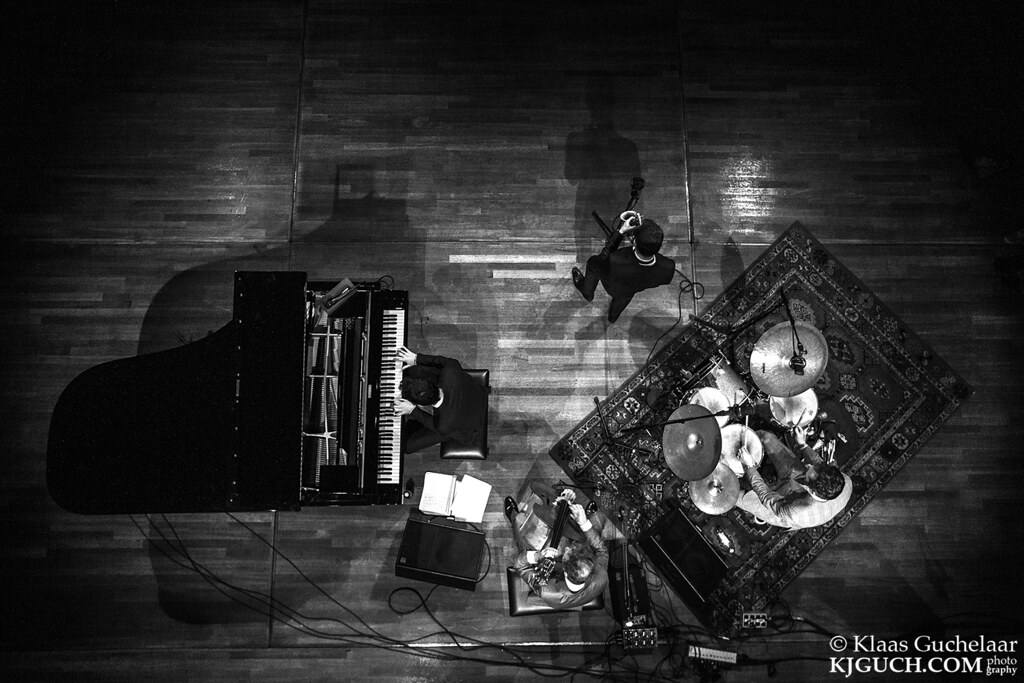 I saw Meschiya Lake on the Rhythm&Blues festival a few years ago, that was a great concert, but the musical style of Meschiya (reminiscent of 20’s/30’s Vaudevill Jazz) is much better suited for a smaller location such as the Spieghel in Groningen which is where she played a fantastic concert on March 2. Meschiya is also a gorgeous woman to photograph and I hope to have the nerve next time I see her to ask for a portrait shot :) 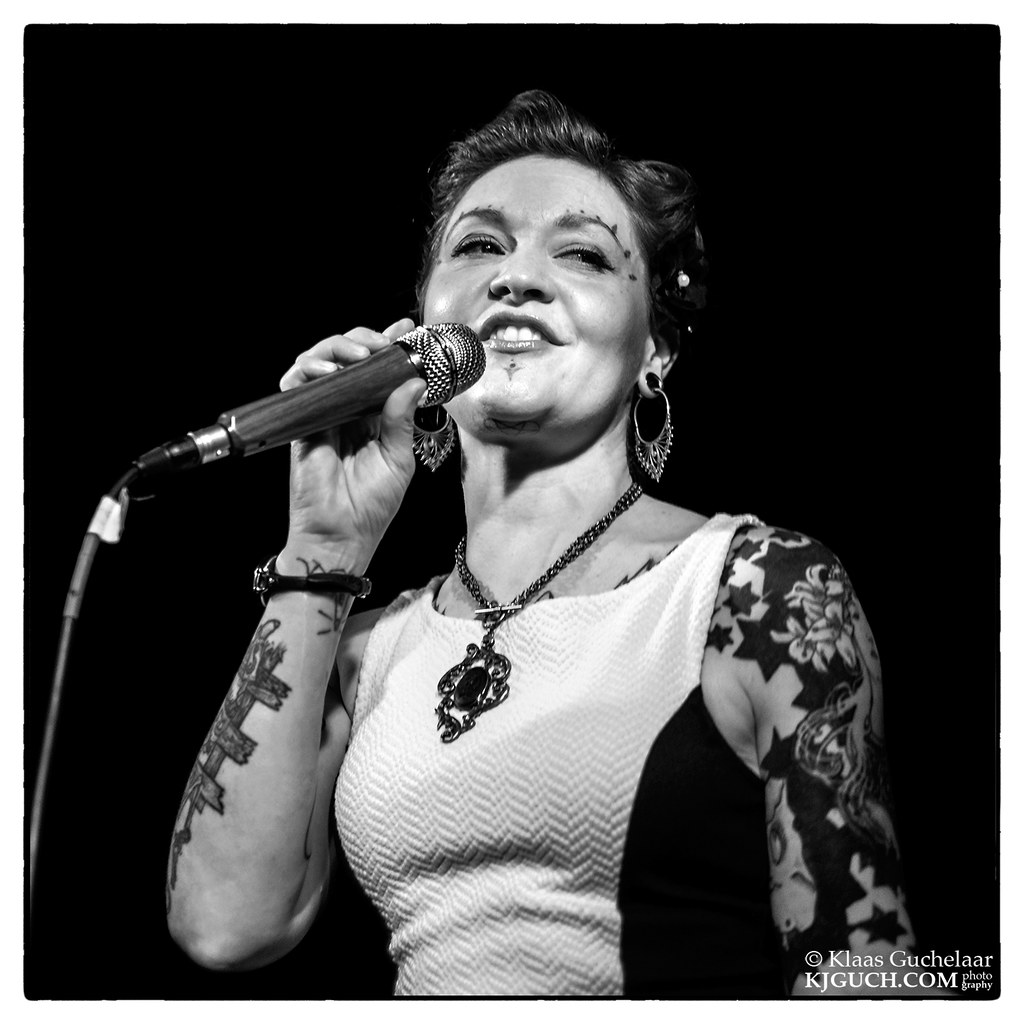 Shara Worden not only played at the Cross-Linx festival on February 8 as My Brightest Diamond, but she was also responsible for organizing part of it, adding -among others- an incredible Detroit Party Marching Band to the whole, however her concert alone was simply fantastic. I’d only seen her once before at an edition of the Take Root festival but got to know her albums over the years after and greatly desired to see a full concert of her. And as a bonus she’ll be returning to Groningen in February 2015! 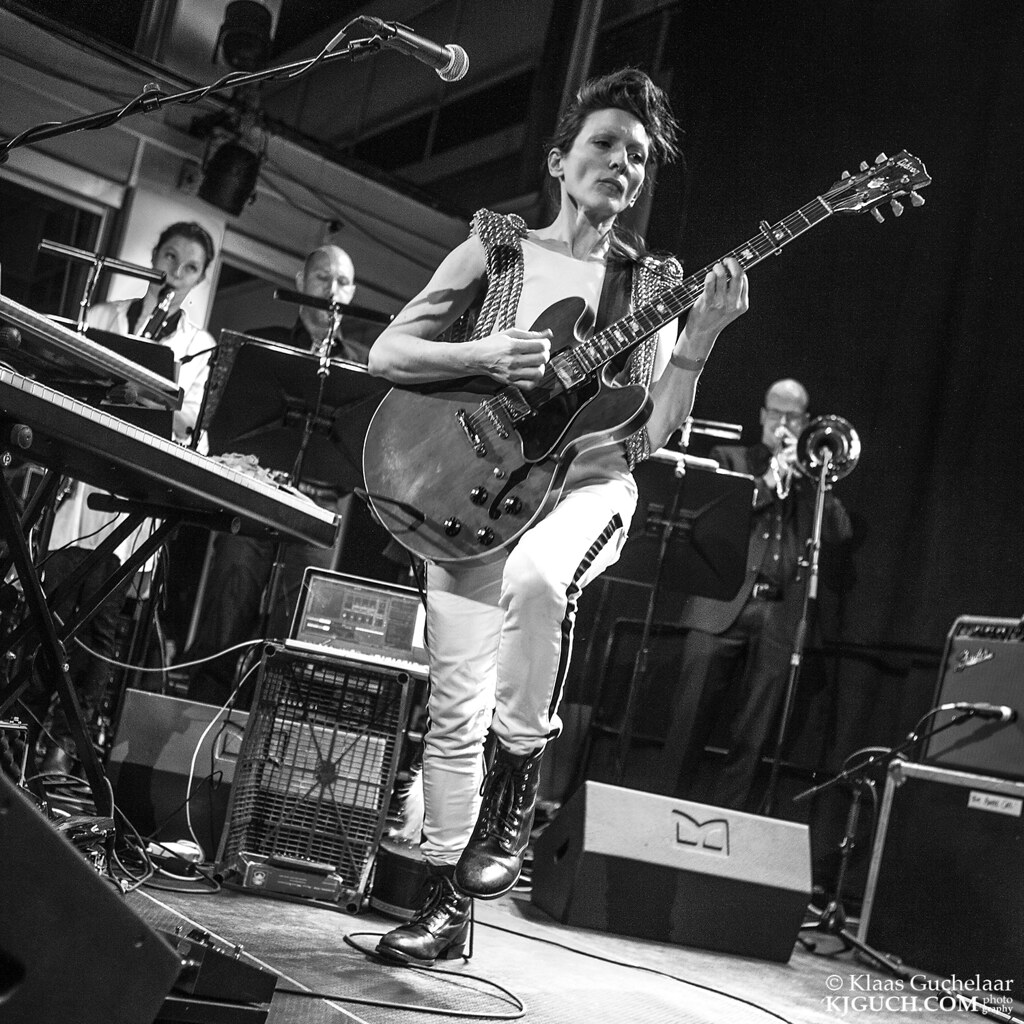 I love blues festivals such as the Rhythm&Blues festival and the Ribs&Blues festival, but they do lack a certain kind of blues I deeply love: the old real American Blues. So when the Bluesfestival in Hoogeveen had a two-day jubilee event with actual American blues musicians on stage, I just had to visit that concert and as the moment of that festival I have to choose Eddy Clearwater, a real live Blues legend playing a terrific blues-concert backed by a Dutch band much like I saw John Lee Hooker and Muddy Waters do on televised concerts oh so many years ago. 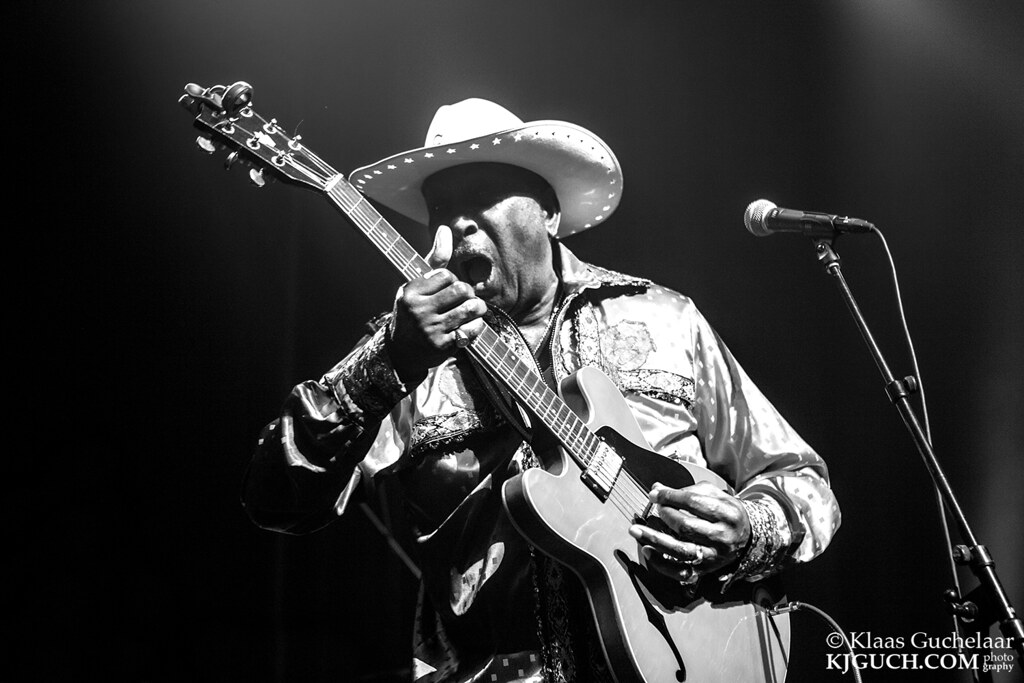 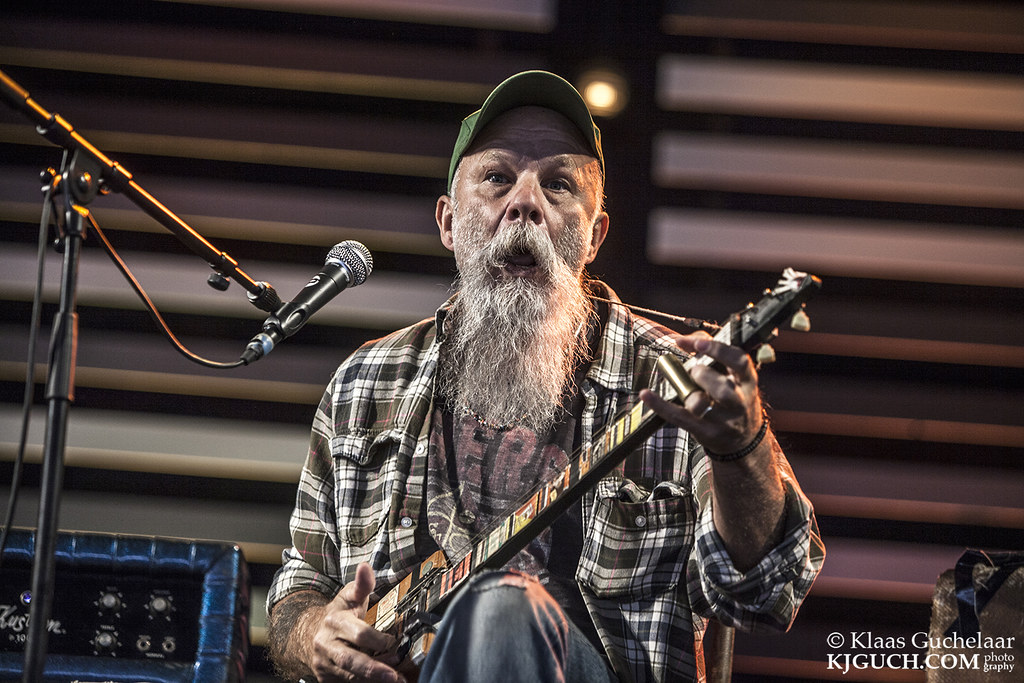 Also I have to mention my friends of wishfulmusic who organized some great concerts in livingrooms, did a terrific job on the Noorderzon festival and who have now included the Synagog in Groningen to their concert-locations where I saw some amazing concerts. I’ve chosen Leendert’s concert that was played on September 26 in the Synagog. The songs were fantastic, the location supreme. It all fitted perfectly. 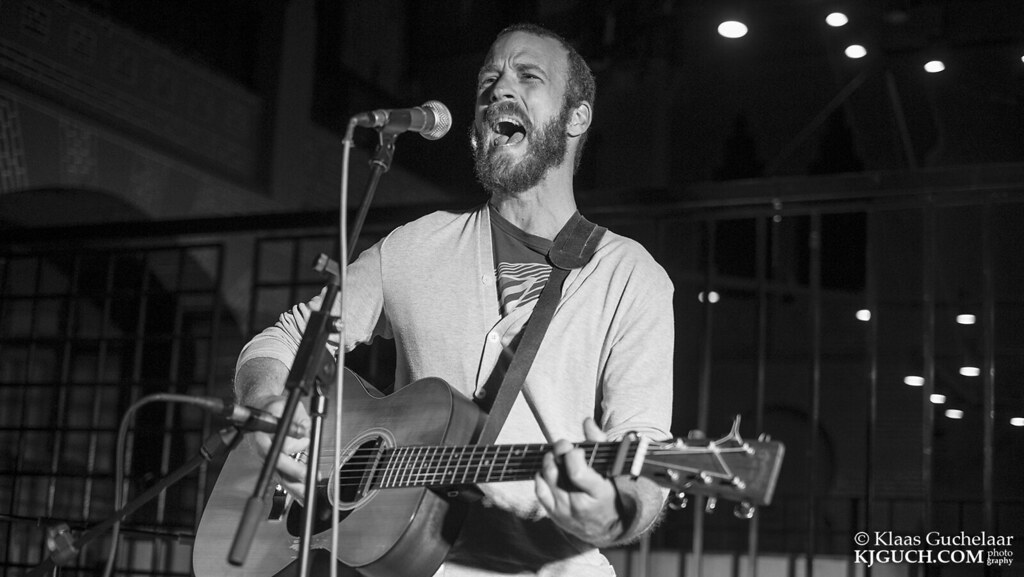 And then there was another concert in a church. Richard Bolhuis had a concert/art-project/installation in a little church in Oostum as House of Cosy Cushions on November 7. A beautiful location where the ride to that location (and back home afterwards) was to be seen as part of the experience. The setup in the church and the location were very impressive and helped make this a very special concert indeed. 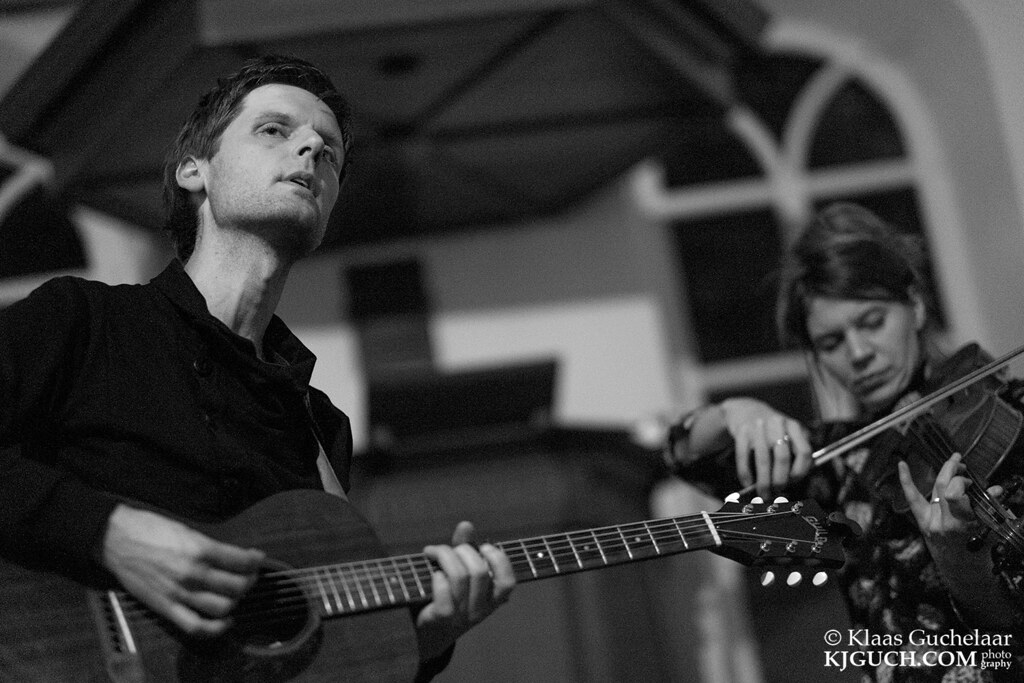 Last on the list but no means the least was the concert that Mono held in Vera this year on December 2. A band that I’ve wanted to see for so long, I love their albums and the clips I saw on Youtube only made the desire to see them stronger. And they did not disappoint, it was in one word AWESOME. A fantastic group of musicians and a powerful, emotional concert. 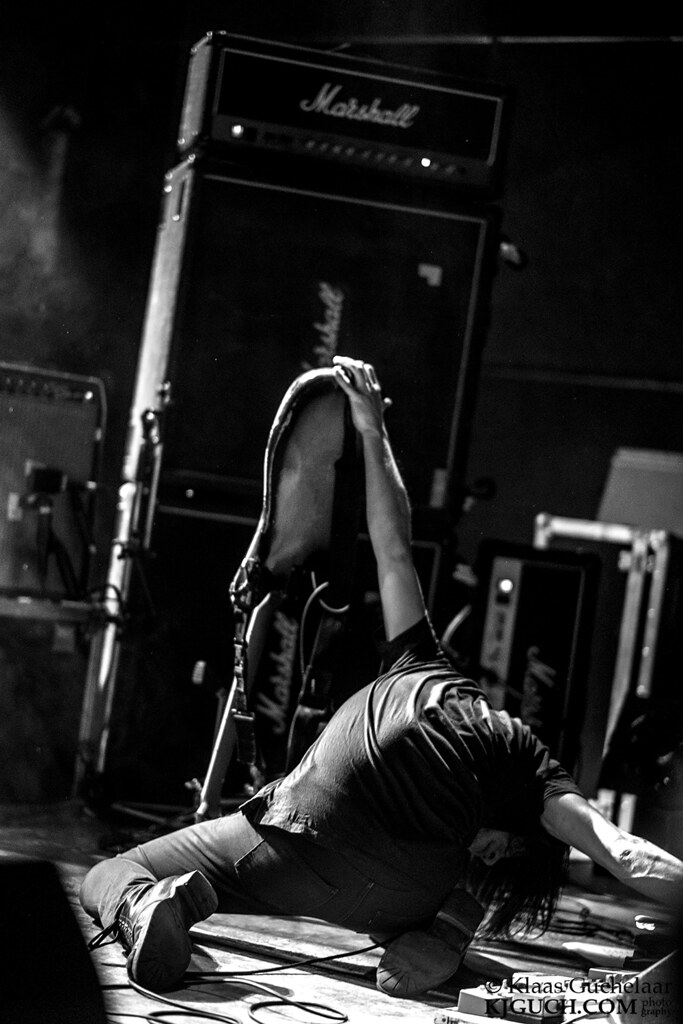 And I’ve not mentioned many other terrific concerts that all deserve to be mentioned of course, but then the list and this blog would be much to big. However many many thanks for all the musicians for making this such a terrific year and also a huge thanks to Vera, the Oosterpoort, Vanslag, Roots on the Road, wishfulmusic and everyone else that helped me get to the concerts and festivals this year! Hope to see you all again in 2015.