Record Store Day is of course a joy for music lovers all over the world. Special vinyl releases, re-releases of old and obscure records and loads of instore concerts by various bands. As usual, I visited Assen and Groningen.

The record store in Assen, CD-Afdeling Warenhuis Vanderveen (what’s in a name ;)) is the only real record store in Assen and it’s a true indie-store. Not part of a chain, no big corporation behind it and has been serving a great mixture of pop, rock, American Roots music, blues and singer/songwriter longer than I’ve lived in Assen (and that’s over 26 years now). I grew up with these guys music in mind.

As I arrived The Black Atlantic (Geert van der Velde) had already started playing to a somewhat shy audience. The Back Atlantic to it’s bare core with only Geert now but his fantastic voice comes over so much more intense like this. He played songs from his latest album, EP and his hew split 10″ album with I Am Oak. A fantastic album that I picked up on the spot. 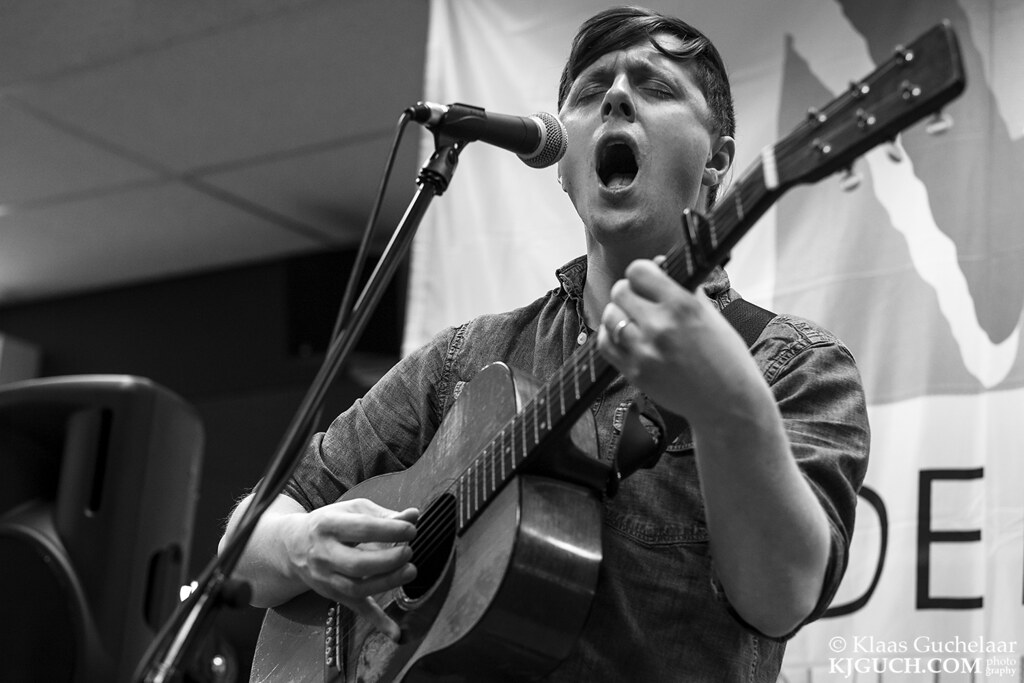 After Geert has finished his set, the floor started filling rapidly as the next act on the stage was none other that one of the hottest Dutch bands of the moment. Also in a small setting today, Kensington (also the ambassadors of this years Record Store Day) were cheered on by a big crowd of fans. The local TV-station did an item and the albums of the band fully sold out. A good set and the boys looked like they enjoyed themselves. 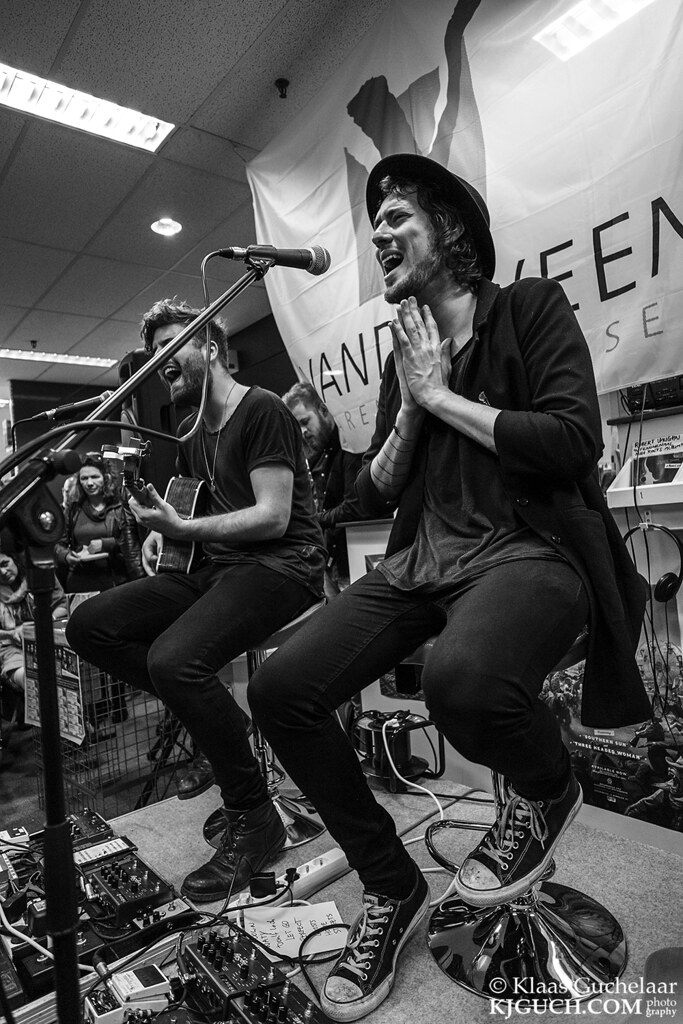 After that I drove to Groningen to meet up with some folks there and do a bit more digging in the special RSD14 releases. Managed to get a few photos at the last song of a band there called Reveller. Hard to make a judgement on about half a song, but they sounded pretty good. 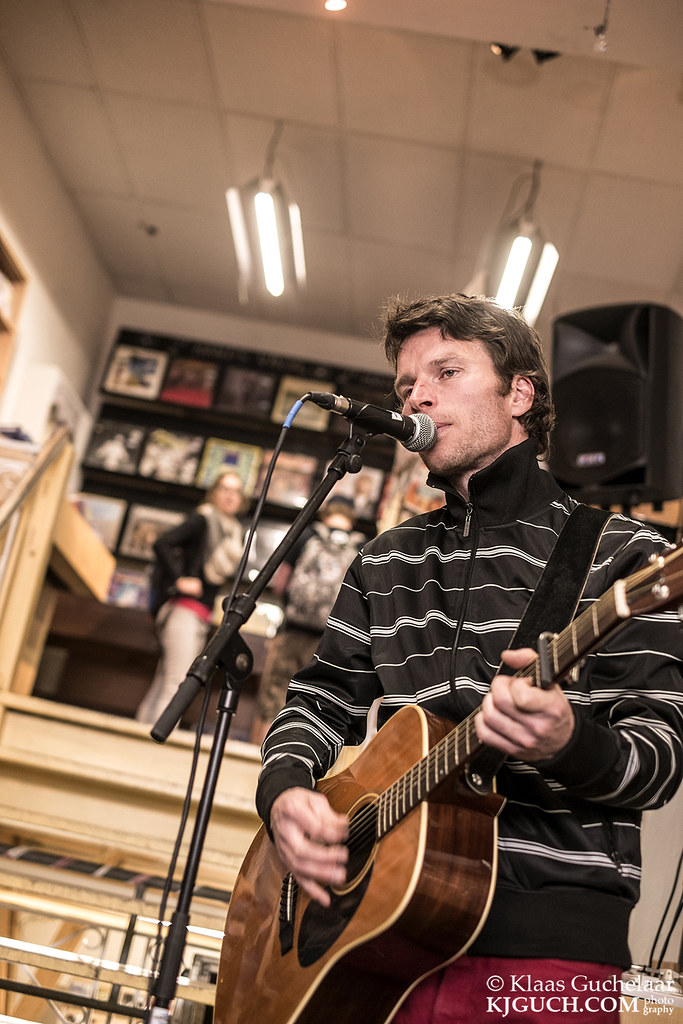 After that I got talking with a friend there, lost track of time and completely missed the last gig of the day by Inge van Calkar (sorry Inge…).

I do feel I have to add a last note on the actual records that were on sale and this is by no means an accusation to the store, but more to the record labels: I felt really disappointed by what was on offer this year: loads of way overpriced re-releases of big names that -as I feel it- don’t have much to do with the spirit of indie-stores and indie-releases. Most of the profit goes to the record-labels and come on: re-releasing Aeromith, AC/DC and Fairport Convention? Really? Other than that I still enjoyed myself immensely and that the main thing.